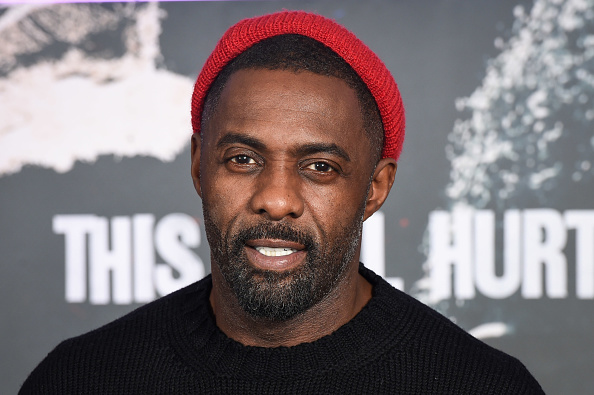 Speaking at a digital MIPTV conference, BBC’s Chief Diversity Officer Miranda Wayland suggested that the title character in “Luther,” played by Idris Elba, didn’t “feel authentic” enough as a black character, saying that he didn’t eat “Caribbean food” and had no “black friends.”

“When [Luther] first came out everybody loved the fact that Idris Elba was in there — a really strong, black character lead,” Wayland said, as reported by The Times. “We all fell in love with him. Who didn’t, right? But after you got into about the second series you got kind of like, OK, he doesn’t have any black friends, he doesn’t eat any Caribbean food, this doesn’t feel authentic.”

Wayland said that diversity goes beyond just having a black lead character, but rather “making sure everything around them, their environment, their culture, the set, is absolutely reflective.”

However, the show’s creator, Neil Cross, said Idris Elba initially sought after the role of Luther specifically because it was not so racially focused.

“I have no knowledge or expertise or right to try to tackle in some way the experience of being a black man in modern Britain,” Cross said. “It would have been an act of tremendous arrogance for me to try to write a black character. We would have ended up with a slightly embarrassed, ignorant, middle-class, white writer’s idea of a black character.”

In December of last year, BBC Studios Productions announced that 20% of all projects’ on-screen and production talent must be of a designated minority, billing it as “four significant steps to improve diversity and inclusion across its content and teams.” The first initiative required an “Inclusion Rider,” a term coined by Dr. Stacy Smith in a 2014 op-ed in The Hollywood Reporter.

“An ‘Inclusion Rider’ stating BBC Studios Production’s commitment to a minimum target of 20% of its on-screen talent and production teams on all new BBC and third-party UK commissions coming from a Black, Asian, Minority Ethnic (BAME) background, having a lived experience of a disability, or being from a low-income background,” said the BBC. “There will also be an additional commitment to a target of at least one senior role on scripted and unscripted production teams being appointed from one of these backgrounds.”

The “Inclusion Rider” will be effective immediately and “will apply to every new commission from the business’s scripted and unscripted teams across Drama, Comedy, Factual, including the Natural History Unit, Factual Entertainment and Entertainment.”

For the second initiative, the BBC said it would be “funding a new year-long Trainee Assistant Producer Programme (TAPP) to develop the next generation of content-makers.”

“A mentoring programme with ScreenSkills aimed at under-represented talent at Assistant Producer or Script Editor level or above,” would be the third inititative.

“Creation of a short film for schools covering all the behind the camera roles in drama, entertainment and factual to inspire them to pursue a career in the TV industry,” would be the fourth inititatve.

Ralph Lee, BBC Studios’ Director of Content, said the new initiatives will level the playing field for people looking to thrive in the entertainment industry.

“As the UK’s biggest producer of content, my ambition has always been that BBC Studios Production leads the way in levelling the playing field for anyone wanting to join and thrive in our industry,” he said. “These initiatives are by no means a magic bullet and we’re also doing a lot of work on culture and education to make our teams more inclusive. The talent in front of and behind the camera will give perspectives that will shape our content, making it more authentic and universal in its depiction of our audiences – and ultimately its appeal with them.”

0 7
All Out Chaos At Gaetz Presser, As Congressman Flees From Leftist Aggressors