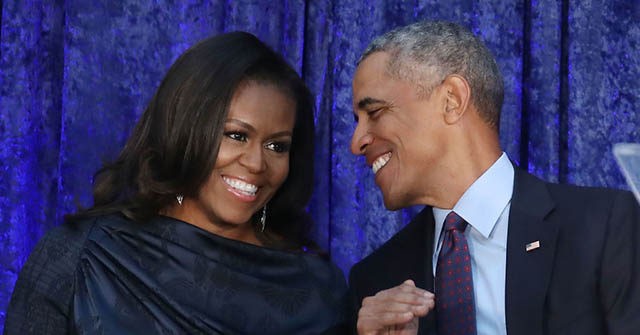 Three podcast industry sources told Insider the duo’s Higher Ground Audio company inked a multi-year deal with the music and podcast streaming giant back in June 2019, but sources say it can be a struggle getting the go-ahead for broadcast.

The agreement that bound the Obamas to Spotify was estimated by some industry observers to be in the ballpark of nine figures.

Moreover, the Obamas seek “young new voices” to air rather than carrying shows themselves, according to Vanity Fair, which first aired murmurs of the couple’s dissatisfaction.

The news comes as Spotify faces backlash over Joe Rogan, the most popular podcaster on the platform, over what his critics call coronavirus misinformation, as Breitbart News reported.

Under the existing deal, Obama has hosted the eight-episode podcast Renegades: Born in the USA alongside Bruce Springsteen. It premiered on April 5, 2021.

In July 2020, the Michelle Obama Podcast debuted with the former president as the first guest. The last episode was released on September 16 of that year.

During its run, the podcast touched on a variety issues including Michelle’s once professed desire to push her husband out a window.

Michelle Obama discussed her marriage to former President Barack Obama and offered advice to younger couples during a recent episode of The Michelle Obama Podcast, explaining that she has, at times, wanted to “push Barack out of the window.” https://t.co/QsSE9KoqwH

Other podcasts produced by the high profile couple include Tell Them, I Am, which features stories from Muslim voices, and The Big Hit Show, which premiered in January.

One source told Insider the Obamas could still possibly renew that deal, though they now face stiffer competition than before as streaming services from Amazon and Apple have upped their investment in podcasts.

“We’ve always believed in the value of entertaining, thought-provoking conversation. It helps us build connections with each other and open ourselves up to new ideas,” a statement via Barack Obama read when the deal first began.

“We’re excited about Higher Ground Audio because podcasts offer an extraordinary opportunity to foster productive dialogue, make people smile and make people think, and, hopefully, bring us all a little closer together.”

Now the pair and Spotify might be moving away from each other. 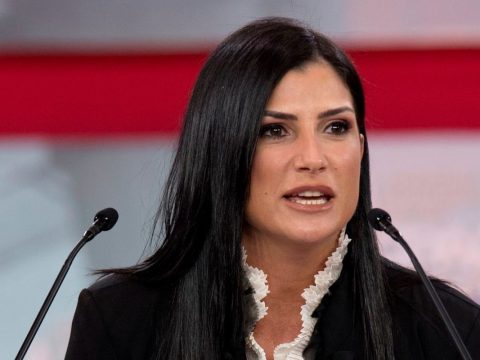 0 85
‘I Have A Major Problem’: Dana Loesch Torches Dr. Oz For Pushing ‘Disinformation’ About Gun Control