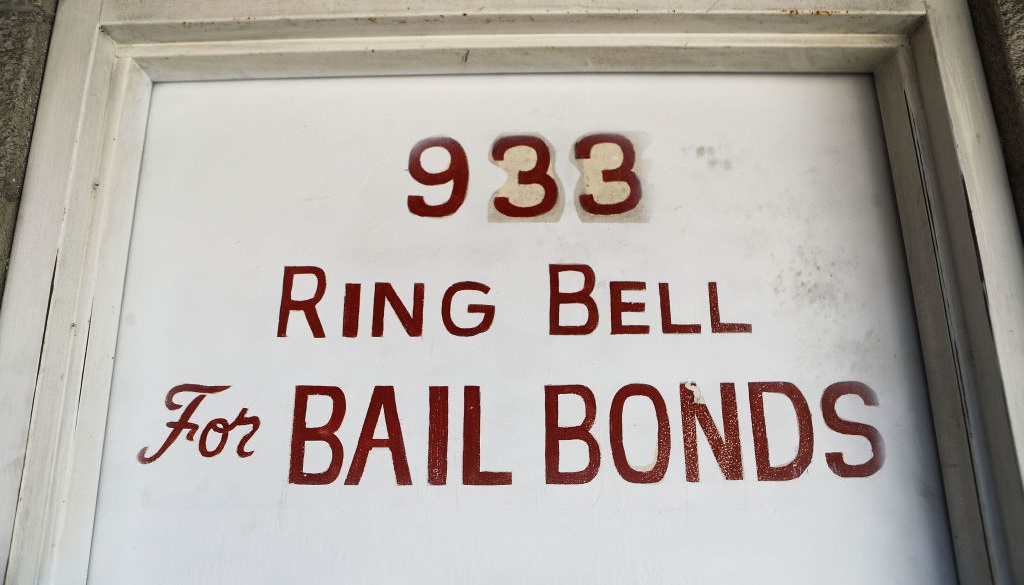 A bail agent in California who illegally carried a firearm has been arrested on suspicion of murder after allegedly breaking into a Palm Springs man’s home, attempting to take him into custody, and fatally shooting him in front of police officers who later arrived at the scene.

The Riverside County Sheriff’s Department told the Palm Springs Desert Sun that the victim, David Spann, 33, did not have any warrants for his arrest by law enforcement but was wanted by the bail agency. The killing took place inside a gated condominium complex shortly after 1:45 a.m. on Friday.

According to the Sheriff’s Department, the bail agent, Fabian Herrera, 36, “was not properly licensed and due to his criminal history, was prohibited from possessing firearms.” He was arrested and booked for murder later that day. Herrera was reportedly found guilty in 2010 of felony assault with a deadly weapon that resulted in great bodily injury.

Police said officers were initially dispatched to the area in response to a panic alarm activated inside a residence within the complex, followed by a call from the owner of that property indicating someone was attempting to break in.

“[Palm Springs Police Department] then received a third notification from a bail agent who said he was on scene of the same residence in question, with a subject he was trying to arrest,” according to the department’s post on Facebook on Friday night. “The bail agent further reported that the subject was brandishing a knife and he needed emergency assistance.”

“A PSPD officer used a taser on the subject, but the subject still refused to comply,” the post continued. “The bail agent fired his weapon, which resulted in the death of a 33-year-old male.”

Despite life-saving measures performed by the officers and medical personnel, Spann died at the scene. Police officers did not discharge any firearms. Because Palm Springs Police Officers were present at the time of the shooting death, investigators from the Riverside County Sheriff’s Department Force Investigations Detail were called to assist in the investigation. PSPD said officers were wearing body cameras that “captured the incident as it occurred,” but the footage has not been released.

Palms Springs Police has requested our assistance with an incident in their area. We are at the 100 block of E Via Escuela, Palm Springs. Preliminary info: Bail Agents were involved in a shooting while apprehending a fugitive. Suspect is deceased. pic.twitter.com/FeaaAHQKS4

Spann’s father, William Spann, a medical doctor from Washington state, spoke to The Desert Sun after the fatal shooting and accused PSPD of being “complicit” in his son’s death, which he called “an unjustified killing.” According to the outlet, “the elder Spann said his son had previously struggled with substance addiction and mental health issues.”

“If they wanted to tase anyone it should have been the bail bond agent,” he reportedly said. “The police were aware of his mental illness because I had told them such more than once. My son was executed by these people.”

JUST IN: Authorities say bail agent Fabian Herrera, 36, was not properly licensed and had a criminal history that should have prevented him from legally owning a firearm. The victim, David Spann, 33, of Palm Springs, did not have a warrant for his arrest. https://t.co/lNIwy5CO2Y

As The Desert Sun reported:

Riverside County jail records show that David Charles Spann had been released on $100,000 bail on April 2. He’d been arrested the day before along East Vista Chino near Avenida Caballeros in Palm Springs on suspicion of violating a domestic violence restraining order, a misdemeanor.

Court records show a bail bond was filed on April 6, in connection with the misdemeanor restraining order violation against Spann. He had no active warrants and had not failed to appear in criminal court. He had no other criminal cases filed against him in Riverside County.

There is also no record that his bond was revoked by the court. …

William Spann said he believed his son had been released on bail after a domestic dispute and was not facing further legal action.

Tony Romero, a neighbor in the complex, told News Channel 3 that he thought bail agents came to his door shortly before the shooting death.

“I come home, turn into the complex here where we live and a vehicle gets right behind me to follow me in and enter and it looked to me like a police undercover car,” he said.

Romero claimed a man and a woman spoke with his wife, asked questions about the complex layout, and wanted to know whether they knew Spann. According to News Channel 3, “a short time after they left, Romero said he heard ‘loud banging [and] shouting.’”

Spann, who managed short-term vacation rentals in the desert resort city, is survived by a 4-year-old son and a 2-year-old daughter.

Spann’s mother, Sue Pearson, told The Desert Sun that her son had attended a child custody hearing on Thursday. She said she thought he was scheduled to appear in court for his misdemeanor criminal case this week. According to the outlet, “it is unclear if the mother of David Spann’s two children is the same person connected to the domestic dispute,” adding, “she has not responded to a Desert Sun request for an interview.”

Barbara Limardo, another neighbor, told News Channel 3 that Spann “spent a lot of time at the pool and with the kids,” adding, “he never really caused any problems, he was pretty quiet.” She speculated Spann had been struggling emotionally in his relationship with his wife, the outlet reported.

“I was surprised the way it turned out but I wasn’t surprised because of where he was at emotionally, probably,” said Limardo. “I had just saw him that morning before I went to work so I was kind of sad to come back at the end of the day and know that, the next day, that he wasn’t here anymore.”

Herrera is scheduled to appear in court on Wednesday, April 28.