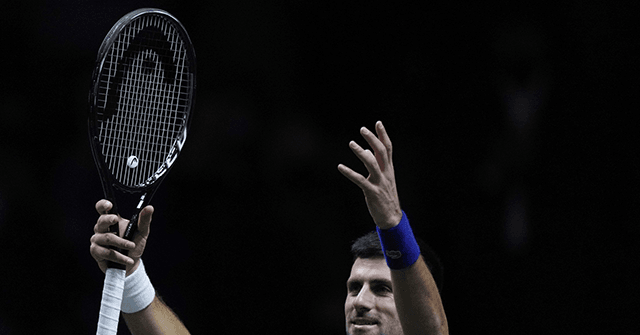 Novak Djokovic, the top-ranked men’s tennis player in the world, will compete in the Australian Open under an exemption to the coronavirus vaccine mandate in place there, the champion confirmed Tuesday.

Djokovic will defend the title he earned at the tournament last year. He has won the Australian Open trophy nine times, more than any other player, and has earned 20 Grand Slam singles titles, tying Roger Federer and Rafael Nadal for most titles in history. Neither Federer nor Nadal will be at the tournament, and the dwindling number of big-name stars at the Australian Open this year threatened the event’s bottom line before confirmation of Djokovic’s appearance there. The importance of having Djokovic at the tournament was highlighted by the fact the event was advertising a Djokovic appearance even before it was clear he would be there.

Djokovic initially declared himself “against vaccination” regarding the Chinese coronavirus in 2020 but has since changed his position to opposing vaccine mandates, asserting that receiving a medical product should be a private choice. His presence at the tournament was not guaranteed as officials at Tennis Australia, the organization that manages the Australian Open, implemented a coronavirus vaccine mandate and had repeatedly insisted they would limit offering medical exemptions to players requesting one.

The controversy surrounding Djokovic’s potential entry into the country while unvaccinated – Djokovic had kept his vaccination status a secret prior to Tuesday, but many suspected that he had not received a vaccine product dose – escalated so far that Prime Minister Scott Morrison weighed in on the matter last year, insisting only those with medically approved exemptions to Australia’s vaccine requirement would be allowed into the country.

Australia has been subject to international condemnation for its use of quarantine “hotel” camps to imprison citizens potentially infected with Chinese coronavirus, using the Australian military to corral individuals identified through “contact tracing.”

“Happy New Year, everybody! Wishing you all health, love, and happiness in every present moment and may you feel love & respect towards all beings on this wonderful planet,” Djokovic wrote on social media. “I’ve spent fantastic quality time with my loved ones over the break and today I’m heading Down Under with an exemption permission. Let’s go 2022 !!”

Tennis Australia issued a statement on Tuesday confirming that Djokovic would attend the event, according to ESPN.

“Djokovic applied for a medical exemption which was granted following a rigorous review process involving two separate independent panels of medical experts,” the Australian Open organizers said. “One of those was the Independent Medical Exemption Review Panel appointed by the Victorian Department of Health. They assessed all applications to see if they met the Australian Technical Advisory Group on Immunisation guidelines.”

Craig Tiley, the CEO of Tennis Australia, had hinted on Monday that Djokovic may be among those granted a medical exemption to receiving a Chinese coronavirus vaccine.

“Every athlete coming into Australia has to be vaccinated and show proof of that, or has to have made application from a medical exemption,” Tiley said in an interview, insisting that tennis players faced a “far more rigorous” process to receive an exemption than the general population. Tennis Australia had been under some pressure from pro-vaccine groups speculating that, due to Djokovic’s position of power as the top tennis player in the world, he would receive preferential treatment.

“We know of athletes that have applied for an exemption and in cases, it’s been granted,” Tiley said. “Some of those (players) have indicated that they’re here, but that’s up to the athlete, to disclose and [decide] whether they want to share that information.”

“As far as the status relates to Novak, we will have a much clearer picture in the coming days,” he added. “Otherwise, it’s getting pretty late for him to show up and play in the Australian Open.”

Serbian news outlets had reported last week that the Australian government, which processes foreigners attempting to enter the country and the medical exemption application process, had denied Djokovic entry, citing an unnamed “source close to the Djokovic family.” That conclusion appeared to be premature, however, and based more on the source’s claims that Djokovic absolutely would not receive a Chinese coronavirus vaccination against his will just to participate in the Australian Open.

Djokovic’s father Srdjan had asserted as much in an interview in November, telling Serbian television that his son would not submit to “blackmail” and would “probably not” be at the tournament.

“As far as vaccines and non-vaccines [sic] are concerned, it is the personal right of each of us whether we will be vaccinated or not. No one has the right to enter into our intimacy, it is guaranteed by the constitution,” Srdjan Djokovic said at the time. “Whether he [Novak Djokovic] is vaccinated or not, that is his exclusive right. Will he publish it, I don’t think so. I don’t know that decision either, and if I did, I wouldn’t share it with you.”

“Under these blackmails and conditions, he probably won’t [be at the Australian Open,” Srdjan concluded. “I wouldn’t do that. And he’s my son, so you decide for yourself.”

“He will follow the same rules as anyone else would. There are no special rules for tennis players or anyone else,” Prime Minister Morrison asserted in an interview in December as controversy grew surrounding Djokovic and the mandate. “They apply by the same rules and that they are the rules in place for the Victorian government and the Australian Open itself and they have their rules.”

Tennis Australia once again weighed in that month after rumors began to spread that it was actively helping Djokovic apply for a medical exemption, which the organization called “simply untrue.”

Morrison said medical exemption “decisions are being made by medical officials and other officials, not by politicians,” he insisted.

The deputy premier of Victoria, James Merlino, in response to the headlines, asserted on Tuesday his government’s “expectation” was that Djokovic, and anyone else involved in any way with the tournament, would be vaccinated. The use of the word “expectation” suggested that Tennis Australia would be responsible for ensuring the vaccination status of participants.

“They’re the rules. Medical exemptions are just that – it’s not a loophole for privileged tennis players,” Merlino said.

“Any application for a medical exemption must follow strict government guidelines based on Atagi (Australian Technical Advisory Group on Immunisation) clinical advice,” the statement read, bouncing the responsibility back to the government. “This is the same process that applies to any person wanting to enter Australia.”

“If he’s vaccinated, we need evidence of that certificate and if he’s not vaccinated and has a medical condition, he’ll have to go through the medical exemption process and that’s managed blind so we don’t know who’s making that application,” Tiley insisted at the time. Tiley has repeatedly stated that the application process is blind, meaning that, in theory, the doctors who granted Djokovic’s exemption do not know who the application belonged to.

Djokovic has been among a small group of voices in sports and public life generally vocally opposing mandatory vaccinations.

“It doesn’t really matter whether it’s vaccination or anything else in life,” Djokovic said at a press conference in November. “You should have the freedom to choose, to decide what you want to do. In this particular case, what you want to put in your body. I have been always a proponent of that and always a supporter of freedom of choice, and I will be always supporting that because freedom is essential for I’d say a happy and prosperous life.”

Djokovic’s tone shift from opposing the Chinese coronavirus vaccine to merely opposing mandatory vaccination has been notable since 2020, during which he had considered the possibility of vaccine mandates long before much of the public had.

“Personally, I am opposed to vaccination,” Djokovic said in a Facebook post in April 2020. “I wouldn’t want to be forced by someone to take a vaccine in order to be able to travel. But if it becomes compulsory, what will happen? I will have to make a decision.” 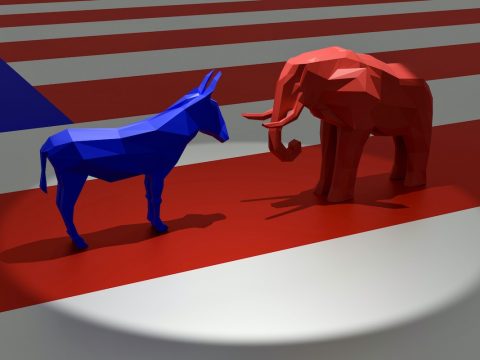