An Atlantic writer suggested Thursday that Supreme Court Justice Brett Kavanaugh would have been in “a cult or street gang” if he “grew up somewhere else.”

Staff writer McKay Coppins speculated about other routes the Supreme Court justice might have taken in a piece exploring whether Kavanaugh is “out for revenge.” (RELATED: Here’s A Timeline Of The 2018 Kavanaugh Confirmation)

“If Kavanaugh had grown up somewhere else, he might have joined a cult or a street gang,” Coppins wrote. “Because he grew up in Bethesda, he pledged a fraternity at Yale. The elite pedigree of Delta Kappa Epsilon—past members include five presidents and a handful of Supreme Court justices—belied its essential frattishness.”

“To join, Kavanaugh reportedly endured a series of ritual humiliations, including an order to hop around campus in a leather football helmet while grabbing his crotch and chanting, “I’m a geek, I’m a geek, I’m a power tool. / When I sing this song, I look like a fool,’” Coppins wrote.

The Atlantic writer also suggested that Kavanaugh’s love of sports taught him the “virtues of partisanship.”

Conservatives want to weaponize his bitterness. Liberals are inviting him over for dinner. And a generation of jurisprudence could come down to an unnerving question: Is Brett Kavanaugh out for revenge?

My new profile, in the June issue of The Atlantic: https://t.co/w7LRrwby3v

“Brett Michael Kavanaugh learned the virtues of partisanship long before he discovered politics,” Coppins wrote. “As a kid, he rooted fanatically for the teams he inherited, the Redskins and the Bullets; as a teen, he developed a close-knit group of friends at Georgetown Prep and performed his allegiance with try-hard zeal.” (RELATED: ‘Kavanaugh Sleaze Machine Is Back’: Conservatives Slam WaPo Story Calling Amy Coney Barrett A Handmaid)

“Although Kavanaugh was not a standout athlete, he relished being part of a team—the nicknames and the inside jokes, the camaraderie born of a common cause, no matter how pointless or juvenile,” Coppins continued. “When his friends set a goal of drinking 100 kegs during the year leading up to graduation, few gave more to the effort than Kavanaugh.”

“Acquaintances prone to armchair psychoanalysis would later speculate that his fixation on the fraternal grew out of his status as an only child,” he said. “‘He’s very good in groups of male friends,’ a former classmate told me.”

Coppins did not immediately respond to a request for comment from the Daily Caller News Foundation. 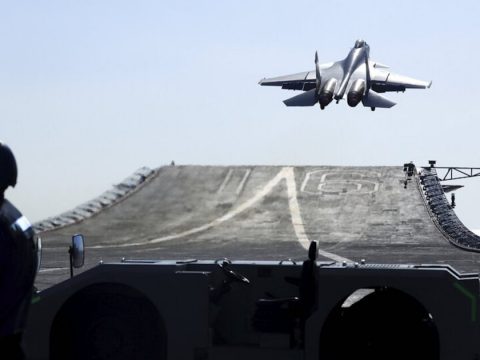 0 21
Trump Supporters Will Be Targeted After Mar-a-largo Raid, Part of Leftist ‘Playbook’ as Seen in Latin America: Sen. Rubio

0 24
Biden Dismisses Another Disappointing Jobs Report, Claims ‘Real Progress’ Is Being Made