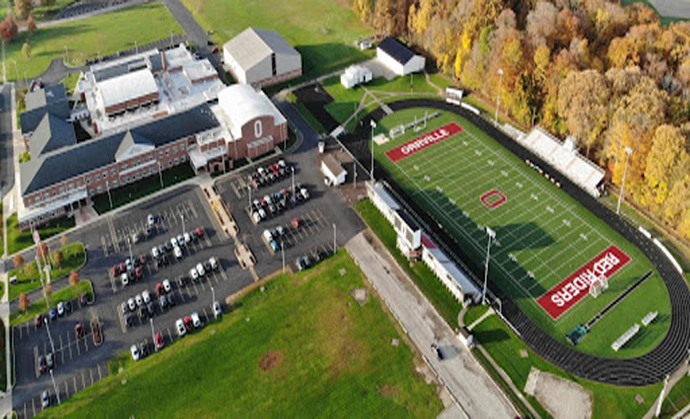 The Freedom From Religion Foundation (FFRF) continues its crusade to stamp Christianity out of American civic life, now going after Ohio’s Orrville City School District for starting its board meetings with Christian prayers.

As is usually the case when FFRF spots people in public positions freely expressing religious faith, it was a “concerned district resident and parent” who reported that Orrville City School Board meetings open with prayer. Prayers are not listed on the board’s agenda, but reportedly are said after the Pledge of Allegiance. The person who complained was able to flag the prayer as Christian, since it ended with “our savior Jesus Christ.”

The FFRF is quick to point out that non-religiously affiliated Americans make up the fastest-growing segment of the U.S. population by religious identification — 35 percent of Americans are non-Christians.

FFRF tried to express why the choice of the nonreligious has more merit than that of people who do profess a religious faith:

“Students and parents have the right — and often have reason — to participate in school board meetings. It is coercive, embarrassing and intimidating for nonreligious citizens to be required to make a public showing of their nonbelief (by not participating) or else to display deference toward a religious sentiment in which they disbelieve,” FFRF Staff Attorney Karen Heineman wrote in a letter to Greg Roadruck, Orrville City Schools Board of Education president.

Yet is it not “coercive, embarrassing and intimidating” to tell Americans they cannot publicly express their religious faith, muzzling them when they try to come together and make important decisions?

FFRF Co-President Annie Laurie Gaylor charged that “The board presumes to speak for the religious belief of the entire population of Orville City — a presumption that is quite certainly false.”

0 4265
Psaki: ‘We’re A Little Tired Of’ Republicans Criticizing Us For Biden’s Border Crisis

Look into your hearts: In this case, FFRF is right. If a school board meeting began with someone praying “in the name of The Prophet Mohammed” or, for that matter, referencing any other religion’s chief recipient of prayer, where would you stand? If the Jesus prayer seems OK to you, it’s because the country is majority-Christian. But this is America, where the rights of minorities are supposed to be respected. America, which was founded by people who wanted to avoid a government that told them which religion was the true religion.

Note carefully that neutral means neutral, and that refraining from the promotion of theism is NOT equivalent to a promotion of atheism, any more than refraining from promoting Pepsi Cola is the same thing as a promotion of Coca Cola. If you don’t want schools promoting prayers to Allah, or to Brahma, Vishnu, and Shiva, then prayers promoting Jesus are the same thing. This is AMERICA here. Our founders explicitly rejected the Scriptural Doctrine of the ‘Divine Right of Kings’ (see Romans13:1-6) by rebelling against the ‘God-given-authority’ of King George III. The replaced that with the Enlightenment Doctrine of ‘Consent of the Governed’, which is clearly stated in the Declaration. See if you can find ‘consent of the governed’ in the Bible. Good luck with that.

Ours is NOT a ‘Christian theocracy’, and there are very good reasons for the ‘no religious test’ for public office clause in the Constitution.

wpDiscuz
2
0
Would love your thoughts, please comment.x
()
x
| Reply
Thanks for subscribing!