With the explosion of the Omicron variant across the U.S., cases on Monday topped 1 million.

But a new question is emerging: Does that number even matter?

Numerous studies — admittedly based on just the little data that have been collected since the variant emerged in South Africa shortly before Thanksgiving — appear to show that Omicron is far less severe than the Delta variant and does not attack the lungs as viciously.

So as the number of cases soars, the number of deaths has not. And many top scientist — including the top U.S. immunologist, Dr. Anthony Fauci — say there’s a good chance Omicron drops just as quickly as it rose.

“We first got inkling of that in South Africa,” Fauci told George Stephanopoulos Sunday and ABC’s “This Week.” “When one looked at the relationship and the ratio between hospitalizations and cases, it was lower, the duration of hospital stay was lower, the requirements for oxygen was lower.”

“We’re seeing a bit of that, not as pronounced, in the U.K., but certainly that trend. And if you look here at the United States, we don’t want to get complacent at all, and you don’t want to jump to a positive conclusion, because it’s still early. But given the large number of cases, we have not seen a concomitant increase in the relative percentage of hospitalizations. But, again, hospitalizations are often late, lagging indicators.”

So Stephanopoulos pressed. “Are we heading to the point where we should be focusing less on the daily case load?” has asked Fauci.

“You know, particularly — the answer is overall, yes, George, and this is particularly relevant if you’re having an infection that is much, much more asymptomatic and minimally symptomatic, particularly in people who are vaccinated and boosted. The real bottom line that you want to be concerned about is, are we getting protected by the vaccines from severe disease leading to hospitalization?” the immunologist said. “In direct answer to your question, as you get further on and the infections become less severe, it is much more relevant to focus on the hospitalizations as opposed to the total number of cases.”

On Monday, a total of 1,082,549 new coronavirus cases were reported, according to data compiled by Johns Hopkins University.

There’s other hope on the horizon. “We’re now in a totally different phase,” said Monica Gandhi, an immunologist at the University of California, San Francisco, according to Bloomberg News. “The virus is always going to be with us, but my hope is this variant causes so much immunity that it will quell the pandemic.”

Meanwhile, Denmark’s chief epidemiologist predicted “we will have our normal lives back in two months.”

Tyra Grove Krause said on Danish TV 2 that a new study from Denmark’s State Serum Institute found that the risk of winding up in the hospital with Omicron is half that seen with the previous Delta variant. She also said that like the emergence of the variant in South Africa, cases will rise, then quickly fall.

“I think we will have that in the next two months, and then I hope the infection will start to subside and we get our normal lives back,” she said on Monday, according to the Daily Mail. “Omicron will peak at the end of January, and in February we will see declining infection pressure and a decreasing pressure on the health care system. But we have to make an effort in January, because it will be hard to get through.”

And she said that once Omicron becomes the dominant strain of the virus, the world will be better off. “Omicron is here to stay, and it will provide some massive spread of infection in the coming month[s]. When it’s over, we’re in a better place than we were before,” the study said. 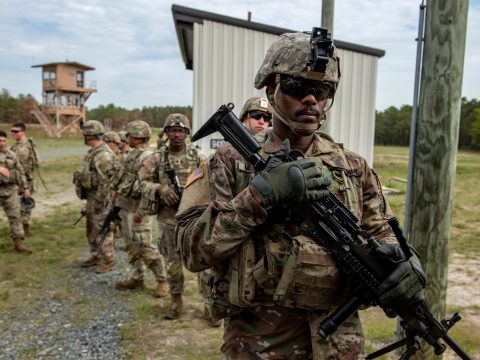 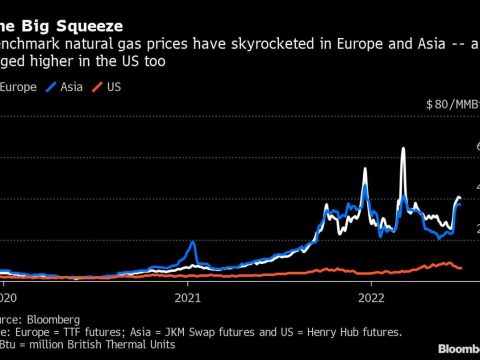