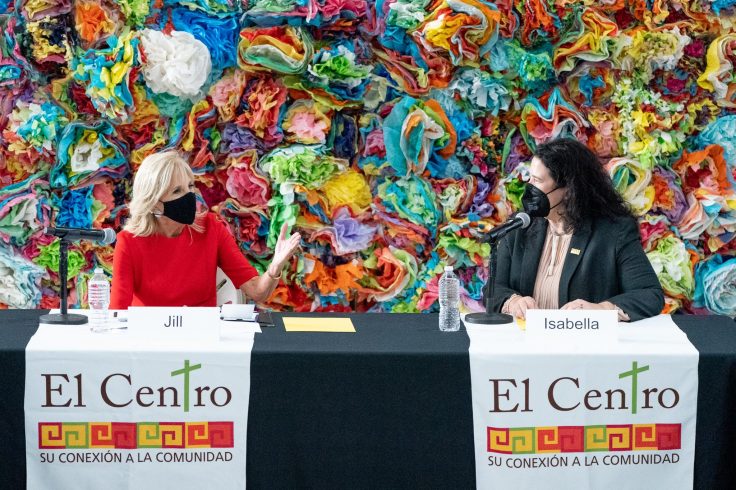 As the crisis at the southern border becomes a political liability for her husband, first lady Jill Biden (Ed.D.) promoted a private school run by a Democratic donor that advises illegal immigrants on how to avoid arrest.

Biden visited El Centro Academy in Kansas City, Kan., on Tuesday at the request of Rep. Sharice Davids (D., Kan.), according to El Centro president and CEO Irene Caudillo, who has made political contributions to both Davids and the Biden campaign. El Centro’s nonprofit arm dabbles in more than reading, writing, and arithmetic. It has published a series of videos that instruct illegal immigrants on how to avoid arrest from U.S. Immigration and Customs Enforcement. One video, for example, advises viewers to ignore ICE agents altogether during an interaction and contact “a member of the community who does have status.” Caudillo also worked with the Greater Kansas City Chamber of Commerce to create “safe spaces” for immigrants by prohibiting local cooperation with ICE to “protect residents from deportation.”

Biden’s visit comes as her husband’s administration scrambles to deal with an unprecedented border crisis. The number of illegal crossings at the southern border is at a multi-decade high, with law enforcement expected to report nearly two million migrant encounters in fiscal year 2021. The Biden administration in September announced new rules that limit ICE’s ability to arrest and deport illegal immigrants.

First lady Biden, who was joined by Small Business Administration head Isabel Guzman, publicly embraced El Centro as the perfect site for a “charla”—Spanish for “chat”—with Hispanic community members. She thanked the academy “for all you do” in a Tuesday tweet. The White House did not return a request for comment. Caudillo told the Washington Free Beacon she did not discuss immigration with Biden and “shared our El Centro story privately with her.”

In addition to Caudillo’s illegal immigration advocacy, El Centro has received substantial funding from UnidosUS, a liberal immigration group that has defended teaching critical race theory in K-12 schools, calling the controversial curriculum “a truthful retelling of our nation’s history.” Caudillo also serves on the board of Revolucion Educativa, an affiliate of the Kansas City, Mo.-based Latinx Education Collaborative that has promoted critical race theory as an “important” framework to include in middle and high schools.

The affiliation could present a political liability for Davids. While the Kansas State Board of Education has contended that critical race theory “is not part of Kansas academic standards,” one district in the state scrapped a planned diversity training after local parents argued it included critical race theory teachings.

Davids herself faced criticism in August after she endorsed a list of books from a self-described “radical” book publisher. Several of the titles are considered critical race theory resources, including Black Lives Matter at School, The Anti-Racist Writing Workshop: How to Decolonize the Creative Classroom, How Capitalism Underdeveloped Black America, and From #Black Lives Matter to Black Liberation.

Biden has looked to distance herself from the ongoing border crisis in the past after reports emerged in HuffPost and other media outlets that the first lady planned to take a leading role in a “task force to reunite separated immigrant families.” In March, the first lady’s office insisted she had “no formal role” in the administration’s efforts. Biden will, however, have a formal role in the White House’s political operations—the first lady is set to stump for Terry McAuliffe in Virginia on Friday as Democrats look to avoid a high-profile gubernatorial loss in a state they won by double digits in 2020. 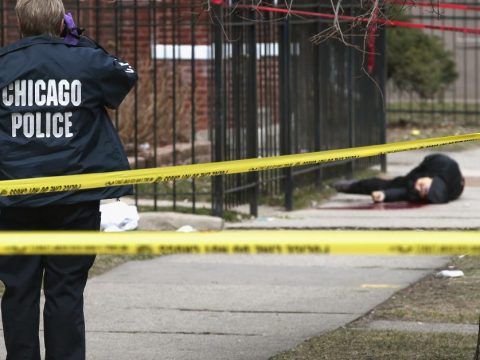 0 5
How Much Are Taxpayers Paying Climate Czar John Kerry? He Won’t Say, But One GOP Senator Is Demanding Answers.

0 3
Ukrainian Sailor Has No Regrets After Trying to Sink Russian Boss's $7.7 Million Yacht Over Invasion of Ukraine