With Democrat Catherine Cortez Masto as Nevada’s attorney general, thousands of rape kits sat untested. When Adam Laxalt took over the role, the Republican Senate hopeful secured millions of dollars to clear the backlog, leading to more than a dozen arrests.

In October 2014—the tail end of Cortez Masto’s eight-year term as Nevada’s top cop— a national nonprofit found that just 16 percent of the 5,231 rape kits collected in Las Vegas from 2004 to 2013 were examined, leaving nearly 4,400 untested. Statewide, the number of untested kits reached 7,500, prompting Laxalt to pledge during his 2018 campaign to “clear up the backlog.” Within months of taking the attorney general’s office in 2015, Laxalt secured $3.7 million to do just that, and by November 2018, nearly 7,400 untested kits had been sent to labs for testing.

In some cases, the testing of those kits led to high-profile arrests. In November 2020, for example, police arrested a 49-year-old Las Vegas man for a sexual assault that a woman reported in 2012, Cortez Masto’s fifth year as attorney general. The kit stemming from the assault, however, went untested until 2018, when Laxalt held the office. The kit’s eventual examination revealed a DNA match with the alleged assailant, who had prior arrests for battery and domestic violence. Another backlogged rape kit tested in 2016 linked a suspect to a 1997 rape and murder.

Now, Laxalt and Cortez Masto are squaring off for a coveted Senate seat that could determine control of the upper chamber come 2023. Cortez Masto has leaned on her tenure as attorney general in that race—her campaign site says the Democrat “kept our communities safe” and “made it her mission to stand up for vulnerable women and girls.” Cortez Masto’s inaction on Nevada’s substantial rape kit backlog, however, could give Laxalt an opening as the political opponents directly 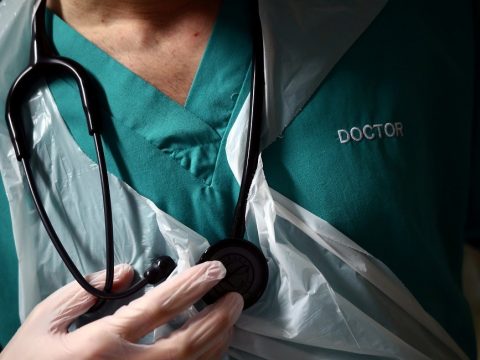