Memphis police arrested a man in connection with the kidnapping of a kindergarten teacher and heiress to a billion-dollar wholesale hardware company, officials said Sunday.

Cleotha Abston, 38, was charged with aggravated kidnapping and tampering with evidence in the disappearance of Eliza Fletcher. The victim, whose abduction was captured on surveillance footage, was out for a dawn jog on Friday when the suspected allegedly grabbed her and forced her into a dark SUV. She remains missing.

“The investigation into the abduction of Eliza Fletcher is still active and ongoing. Investigators are continuing the search and following all leads,” police said in a statement.

Cleotha Abston was arrested on kidnapping charges in connection with the disappearance of Fletcher. (Tennessee Department of Corrections)

The arrest came hours after police recovered the vehicle believed to have been used in the kidnapping of Fletcher, a 34-year-old married mother of two.

It was not known if a tipster led police to Abston, but Fletcher’s family had put up a $50,000 reward for information leading to her rescue.

Fletcher is the granddaughter of the late hardware wholesale tycoon Joseph Orgill III, founder of the privately-held Orgill Inc. The company has annual sales in excess of $3 billion.

“We look forward to Eliza’s safe return and hope that this award will help police capture those who committed this crime,” the family said in a statement.

Police found Fletcher’s water bottle and smashed cell phone at the scene, at the crime scene, near the University of Memphis. The FBI is working the case along with the Tennessee Bureau of Investigation and local police.

Fletcher lives in Memphis with her husband of about eight years, Richard Fletcher III and their two children. Richard Fletcher has frequently posted on Instagram to mark milestones in the couple’s eight-year marriage. In a March 2021 Instagram post, he alluded to some past problems in their union.

“Yesterday marked 7 years married to this beauty!” he wrote. “If you were to ask us at year 3 if we would make it to 7 we probably would of said NO! We apparently weren’t given the memo that a healthy marriage is not going to come easy. Luckily, we put God/Recovery first, we were both willing to believe in each other, and asked for help.”

“We are so thankful for individual counseling, couples counseling, recovery and friends! We can honestly say we wouldn’t have it any other way!” he wrote.

Fletcher is an experienced runner who once posted a time of three hours, 26 minutes in the St. Jude Memphis Marathon.

Fletcher has brown hair and green eyes and is 5 feet, 6 inches tall and weighs 137 pounds. She was last seen wearing a pink athletic top and purple running shorts.

All copyrights and legal uses attributed to content are located at the article origination: © Daily Wire, Arrest In Kidnapping Of Kindergarten Teacher, Heiress To Billion-Dollar Fortune

0 27
What is “COVID Arm”, and Why are Some Developing It After Getting Vaccinated? 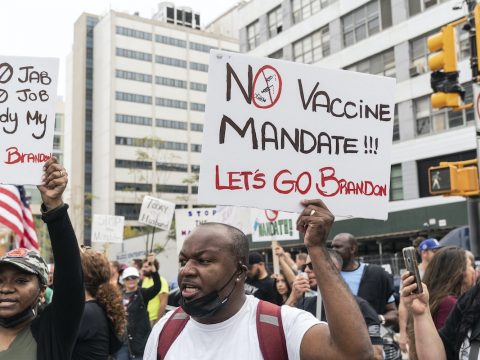