A radical anti-police activist was charged Monday with the attempted murder of Louisville, Ky., mayoral candidate Craig Greenberg. The activist, Quintez Brown, was apprehended shortly after he allegedly entered Greenberg’s campaign headquarters and fired multiple shots with a handgun.

Brown, 21, pleaded not guilty to attempted murder and four counts of wanton endangerment. No one was injured during the attack, but a bullet reportedly grazed the back of Greenberg’s sweater. The mayoral candidate, a Democrat, said the suspect walked into his office where he and four other staffers were meeting Monday morning. “When we greeted him, he pulled out a gun, aimed directly at me, and began shooting,” Greenberg told reporters. “The individual closest to the door managed to bravely get the door closed, which we barricaded and the shooter fled the scene.”

Police said Greenberg, who is Jewish, appeared to have been targeted in the shooting. Authorities did not identify a motive for the crime and said they believe Brown acted alone. The alleged attack occurred two months after Brown announced his candidacy for Louisville Metro Council. Among his stated policy goals were “freedom, reparations,” and “full employment.”

Brown had been a student at the University of Louisville, where he was an MLK scholar studying philosophy and Pan-Africanism, a controversial ideological movement whose advocates include Malcolm X, Robert Mugabe, and Muammar Gaddafi. His social media bios called for “the total liberation and unification of Africa under scientific socialism.”

Brown also served as opinion editor for the student newspaper, the Cardinal, and was a former intern and biweekly columnist for the Louisville Courier Journal, where he wrote extensively about how law enforcement and other “institutions in society work together to maintain the status quo of the spectacular Black death.”

An active participant in the so-called racial justice protests of 2020, Brown’s journalistic output and social media posts reflect a radicalized individual who was skeptical of representative democracy and believed Marxist revolution was the most viable path to achieving racial justice.

Days before the alleged attack, Brown urged his followers to join the Lion of Judah Armed Forces, a black supremacist militia whose ideas are aligned with those of the Black Hebrew Israelite movement. Adherents of the latter group were charged in the 2019 murders of four Jewish people at a kosher supermarket in Jersey City, N.J., which authorities described as a “targeted attack.”

Years earlier, Brown was embraced by mainstream journalists and Democratic Party leaders. He appeared alongside Joy Reid during an MSNBC panel in 2018, in which he called for “common-sense gun reform.” He posed for photos with Rev. Al Sharpton, a notorious anti-Semite. The Obama Foundation recognized him as a “rising face” as part of the former president’s “My Brother’s Keeper” program, and he was one of 22 students selected to attend the inaugural MBK Rising! Summit in 2019.

0 5
Shock Study: Nearly Half of U.S. Moviegoers Still Staying Away from Cinemas 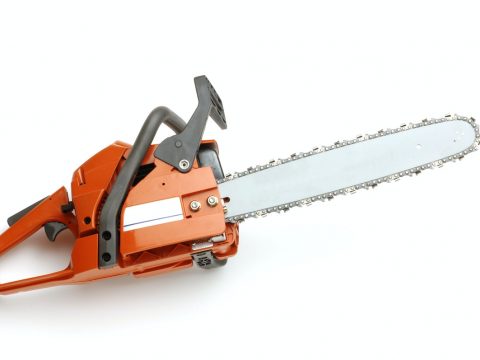