The Arizona Department of Public Safety (AZDPS) released a statement Saturday, responding to the riotous behavior of pro-abortion activists at the state’s Capitol building Friday night.

The protests attracted between 7,000 and 8,000 people following the Supreme Court’s overturning of Roe v. Wade and began as a peaceful demonstration, according to AZDPS. However, the protest soon turned chaotic as rioters attempted to breach the state’s Capitol building and vandalized historical monuments.

“What began as a peaceful protest evolved into anarchical and criminal actions by masses of splinter groups. As groups realized the state legislature was in session, they attempted to breach the doors of the Arizona Senate and force their way into the building,” AZPDS wrote.

The rioters reportedly terrified state lawmakers who were still in the process of voting on legislation, The Daily Wire previously wrote.

“We are currently there being held hostage inside the Senate building due to members of the public trying to breach our security,” Arizona state Senator Kelly Townsend tweeted. “We smell teargas and the children of one of the members are in the office sobbing with fear. I expect a J24 committee to be created immediately.”

We are currently there being held hostage inside the Senate building due to members of the public trying to breach our security. We smell teargas and the children of one of the members are in the office sobbing with fear. I expect a J24 committee to be created immediately.

Video from the riot showed Arizona state troopers using tear gas to disperse the activists. “Due to the direct threat to the occupants of the Senate building and damage to the building itself, Arizona State Troopers took immediate action and utilized tactics including the deployment of field force teams and tear gas,” AZDPS explained.

DPS used tear gas and people went running away from the Capitol. People coughing and now DPS is telling people to disperse. Protestors were banging on the Capitol windows ⁦⁦@azfamily⁩ #Phoenix pic.twitter.com/IZpgOuTDlu

AZDPS explained that state troopers “exercised patience and application of tactics” as some had “unwisely brought children to the protest turned unlawful assembly.” Authorities deployed tear gas only after multiple warnings to activists to clear the area.

“After the plaza was cleared, additional state buildings in the area sustained criminal damage,” AZPDS added.

All copyrights and legal uses attributed to content are located at the article origination: © Daily Wire, ‘Anarchical And Criminal Actions’: Arizona Authorities Address Rioting From Pro-Abortion Activists In State Capitol

0 6
‘Such An Overwhelmingly White Show’: ‘And Just Like That’ Star Cynthia Nixon Said Diversity Was A Focus In ‘Sex And The City’ Sequel 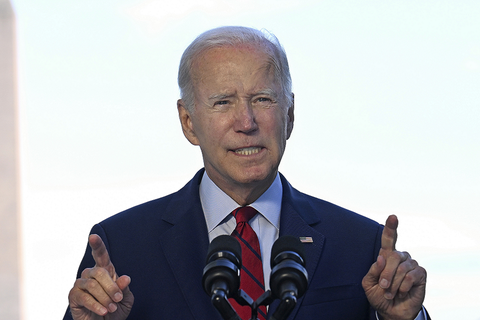