While the Democrats gleefully spin the inflation report and celebrate passing the Inflation Reduction Act, the U.S. economy sits like quicksand, threatening to take down their hopes of defending their majority after the midterms.

Barring some unforeseen catastrophe, the U.S. economy will be the single biggest issue going into the midterm elections, and the White House knows it. President Joe Biden and the Democratic Party have a plan to promote Biden and the Democrats’ recent wins, including the Inflation Reduction Act, across the U.S. on the “Building a Better America Tour.”

The White House hopes “to beat the historical midterm odds” of the incumbent President’s party taking election losses, according to Politico.

The Biden Administration and various Democrats will “launch an aggressive effort to promote the benefits of the President’s accomplishments and the Inflation Reduction Act to the American people,” stated a memo to Biden’s chief of staff Ron Klain from White House deputy chief of staff Jen O’Malley Dillon and Biden’s senior advisor Anita Dunn.

“For many administrations, August can be a momentum killer. For this team, August is going to be a momentum builder as we come out of last week – which featured a string of bill signings, gas prices back under $4, Sweden and Finland’s ascension to NATO, the House passage of the Inflation Reduction Act, and more – that underscored President Biden’s leadership,” O’Malley Dillon and Dunn said in the memo.

“Between Sunday and the end of August, Cabinet members will travel to 23 states on over 35 trips touting the Inflation Reduction Act and the administration’s accomplishments,” the memo stated.

Despite positive media coverage, the Congressional Budget Office (CBO) and the Joint Committee on Taxation agree that the Democrats’ new Inflation Reduction Act will be a tax burden on the poorest Americans. (RELATED: Biden’s Economy Is Devastating Black Americans)

The CBO estimated that the act allows the federal government to raise at least $20 billion in revenue from additional Internal Revenue Service (IRS) audits on low and middle-income Americans from 2022-2031, according to a report by the GOP members of the Ways and Means Committee.

The Joint Committee on Taxation said that Americans making less than $200,000 a year will be responsible for funding 78-90% of the extra revenue, the report stated. “Nearly half the audits would hit Americans making $75,000 per year or less and only 4 percent to 9 percent would from those making more than $500,000,” the GOP members of the Ways and Means Committee reported.

“For the average American household, the experience of inflation – the worst in a generation – has been a nightmare that is unlikely to fade from memory in the 88 days leading up to the U.S. midterm elections,” Cranston said. “In the year to June, the average American household would have lost $6,144 of their income to inflation, based on U.S. census data. Take something like that away from someone, and they are going to resent it for more than 88 days.”

The White House lauded the “disappearance” of inflation when the Bureau of Labor Statistics (BLS) reported that the Consumer Price Index (CPI) stalled at 8.5% from June to July, thanks to gas prices falling from the record-breaking high reached during the summer break.

“We just received news that our economy had 0% inflation in July. While the price of some things went up, the price of others, like gas, clothing and more, dropped,” tweeted White House Press Secretary Karine Jean-Pierre.

“July’s 0% inflation and last week’s booming jobs report underscore the kind of economy we’re building– an economy that works for everyone,” Biden tweeted.

July’s 0% inflation and last week’s booming jobs report underscore the kind of economy we’re building – an economy that works for everyone.

Little was mentioned by Biden or his staff about the year-over-year core inflation city average showing all measured items jumped 8.5%. Similarly, they didn’t promote that the average price of consumer goods increased by 1.3% –especially in categories that matter most to middle and low-income Americans, like food and rent.

The BLS reported that for the 7th consecutive month, the food index increased at least 0.9%, this time rising 1.1% in July. The price for Americans to prepare a home-cooked meal jumped 13.1% in the last 12 months and is the most significant rise since March 1979, the data showed. (RELATED: Another American Dream Clings To Life Under Biden’s Watch)

“The index for other food at home rose 15.8 percent and the index for cereals and bakery products increased 15.0 percent over the year,” the BLS release stated. “The remaining major grocery store food groups posted increases ranging from 9.3 percent (fruits and vegetables) to 14.9 percent (dairy and related products).”

Increased shelter costs account for about 40% of the total rise in all measured items outside of food and energy, the BLS stated. The data showed that shelter costs rose .5% in July after increasing 5.7% over the last 12 months. And, U.S. rent prices increased .7% over the previous month.

From the FRED Blog: Inflation hasn’t been this high since the Great Inflation of 1965-1982, which included oil and commodity price shocks that reduced aggregate supply and rising transfer payments that helped boost aggregate demand https://t.co/9eiz0MLA2r pic.twitter.com/8txmVBFCAh

No matter the plan, Democrats will still have to explain to voters how they can say the American economy is doing well with inflationary pressures still at historic highs.

President and CEO of Job Creators Network Alfredo Ortiz said in a statement on Thursday that the recent Producer Price Index (PPI) and CPI reports are “the latest evidence that ‘Bidenflation’ isn’t going away” before Americans vote in the midterms.

“The American people are paying close attention and will know that at this watershed moment for the economy – the start of a recession and the highest inflation in four decades – President Biden and the Democrats chose to double down on their mistakes,” said Ortiz. “The Democrats have created a political burden for themselves, but the financial burden is being paid for by the American people and the small business community, in particular.” 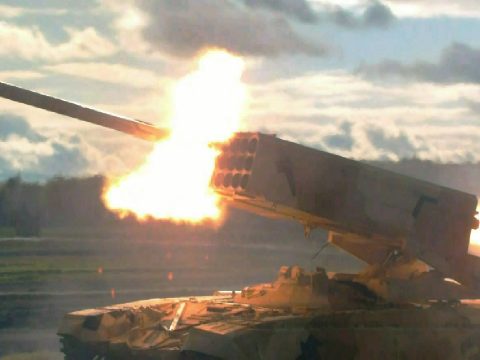