President Joe Biden’s pending Build Back Better (BBB) bill will shrink inflation by cutting Americans’ wages with a flood of roughly 9 million legalized and new workers, according to Facebook-funded FWD.us, a leader in the pro-amnesty movement.

“As the United States continues to experience historic labor shortages contributing to inflation and driving up costs for families, FWD.us analysis below shows that immigration relief could help address these shortages and curb inflationary trends,” said the group’s December 12 report.

That anti-inflation message is being echoed by the Democratic establishment as it tries to overcome opposition from a few Democratic Senators, including Sen. Joe Manchin (D-WV).

“Price increases continue to squeeze family budgets,” President Joe Biden said on December 10. “The challenge of prices underscores the importance that Congress move without delay to pass my Build Back Better plan.”

“If we want to fight inflation and lower costs, the best thing we can do is to pass Build Back Better,” Senate Majority Leader Chuck Schumer (D-NY) said in another December 10 statement.

But the FWD.us report is directly targeting Americans’ wages as it pushes Democrats to deliver what its investors want — more cheap labor, more revenues, more profits, and higher stock values.

Families in our country are gravely concerned by inflation, and persistent worker shortages present a clear inflationary pressure [via rising wages]. Not only can immigration provisions in BBB shore up existing workforces in industries experiencing labor disruptions, the act’s provisions would also allow, in the long term, millions [emphasis added] of potential new workers backlogged in the lawful immigration system to come to the U.S. to work.

The report acknowledged the rising wages spurred by President Donald Trump’s 2020 reduction in immigration: “[The extra migration] could help offset the decrease in lawful immigration experienced during the Trump Administration, a likely contributing factor to our current labor force shortages.”

The FWD.us report comes as more Democrat politicians and pro-migration activists tout more migration as a wage-cutting fix for inflation.

“Our economy stands to benefit tremendously from allowing more folks to work legally, especially as we face a labor shortage that continues to contribute towards inflation,” said a December 5 statement from Sen. Tim Kaine (D-VA) to a pro-migration website, LatinoRebels.com. The LatinoRebels site is quietly funded by very establishment donors, including the Chan Zuckerberg Initiative, which uses Facebook profits to fund FWD.us and other pro-migration groups. 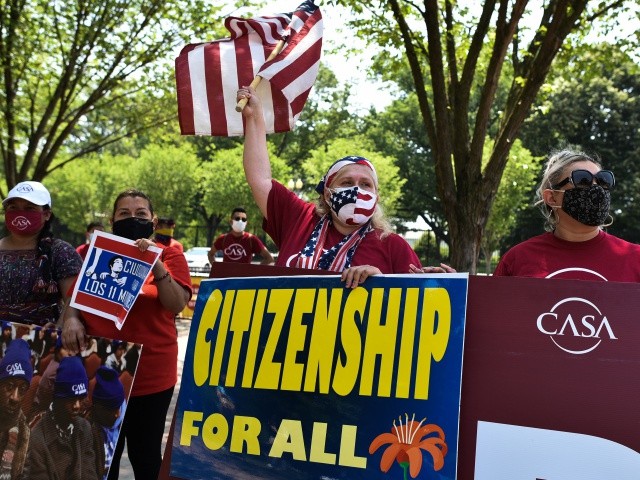 CASA,an advocacy organization for Latino and immigrant people and other immigrant advocacy groups rally outside the White House in Lafayette Park, to demand that the Biden administration take action on citizenship for all on May 26, 2021 in Washington, DC (Photo by MANDEL NGAN/AFP via Getty Images).

“If you have more people that are allowed to work in this country, then there’s gonna be less of a tight labor market,” Rep. Jimmy Gomez (D-CA) told LatinoRebels.com on December 2.

The Democrats’ top advocate for amnesty and migration, Sen. Dick Durbin (D-IL), also backed the argument, according to a Bloomberg reporter: “Asked if immigration parole proposal in [the pending Build Back Better bill] would decrease inflation, Durbin says ‘Oh most certainly … If there are more workers filling those jobs, it’s deflationary.’”

However, the FWD.us report and Democrats ignore the inflationary impact of new immigrants on rents and housing prices. Those prices are already rising in 2021 as the nation’s cheap-labor/low-tech housing industry builds few new homes — and as 2 million new migrants, legal and illegal, compete for housing against the roughly 4 million young Americans who entered the workforce in 2021. 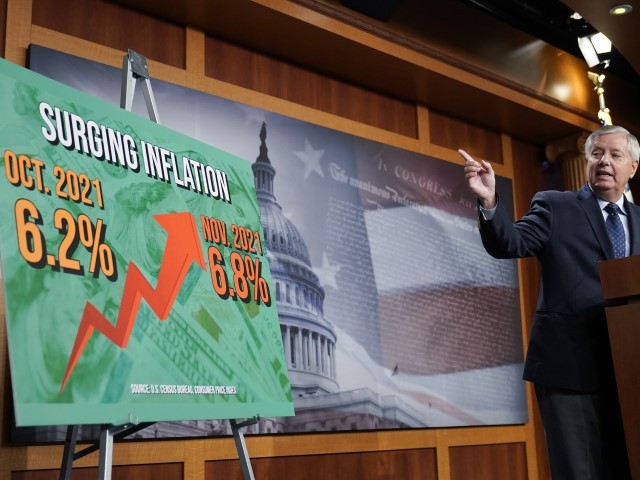 Sen. Lindsey Graham, R-S.C., talks about the the Build Back Better bill during a news conference on Capitol Hill in Washington, Friday, Dec. 10, 2021. (AP Photo/Susan Walsh)

The FWD.us report also hides prior claims by pro-amnesty groups that an amnesty will raise wages for the illegal migrants already working in the United States. “Such [legalization] reforms would increase earnings and productivity for undocumented workers, eventually leading to increased tax contributions and local spending,” the Center for American Progress claimed in 2020.

The FWD.us report even links to a report saying inflation is rising because employers are bidding up wages during a labor shortage:

“The growth in the working-age population is not going to slow, it’s actually going to decline,” [Charles] Goodhart said Tuesday at a conference sponsored by the European Central Bank. “People will bid up wages in order to deal with the shortages of workers they will be increasingly facing — that’s not transitory, it’s here for the long-term.”

The thrust of the FWD.us report is that the BBB’s migration changes would reduce claimed “labor shortages” by delivering “millions of potential new workers” to the U.S. economy.

This argument refers to at least four categories of foreign workers who would be allowed to buy green cards, regardless of their impact on American families.

The first category of foreign workers is the roughly 1 million contract workers who have been imported by companies to replace American university graduates. This foreign workforce includes many gig workers in the technology sector, but also many foreign graduates in a growing variety of “healthcare, university, design, and manufacturing careers.”

The pending BBB bill also would sell fast-track green cards to an uncapped population of future foreign workers — perhaps millions — who sign contracts that will take jobs from American graduates during the next decade. These workers are likely to settle in the coastal states, thus reducing investors’ incentives to create jobs in the interior states, such as Manchin’s West Virginia.

The third category of workers is the waiting population of “chain migrants” seeking to join recent legal immigrant family members. This population now includes 4 million people who are waiting in a multi-year line for some of the roughly 230,000 green cards that are distributed each year to relatives of  immigrants. The BBB bill would allow the four million chain migrants in the line to buy green cards if they can fly into the United States, for example, on a tourist visa to visit Disney World. Most would settle in coastal states, further boosting housing costs for the sons and daughters of Americans.

The fast-track process would likely encourage more people to apply for chain migration status, delivering yet more workers and house buyers in the next several years. Other countries have seen real estate bubbles amid mass immigration.

The pending chain migrants are selected by new immigrants, not by Americans, U.S. employers, or government-drafted standards for productivity. This migrants-select-migrants policy ensures that many arrivals have few skills and can only garner low-wage jobs. Their arrival would further flood the low-skilled labor market, thus trimming inflation by suppressing wages for millions of Americans and other recent immigrants.

But all migrants, even if unskilled, sick, or old, are a boon to business groups because they spike consumer demand for groceries, retail goods, and housing. So any inflow of millions of migrants would increase housing costs, as well as stock market values for people who own real estate or shares in groceries, retail stores, or the healthcare and auto industries.

That’s a win-win for most investors, whose stock values would rise amid the further stagnation of Americans’ careers, salaries, wages, and housing.

Speaking of investors, the breadth of investors who founded and funded FWD.us was hidden from casual visitors to the group’s website sometime in the last few months. But copies exist at other sites.

As usual, establishment journalists, including the Washington Post’s Greg Waldman, ignore migration as they spotlight the most popular aspects of the BBB spending plan. 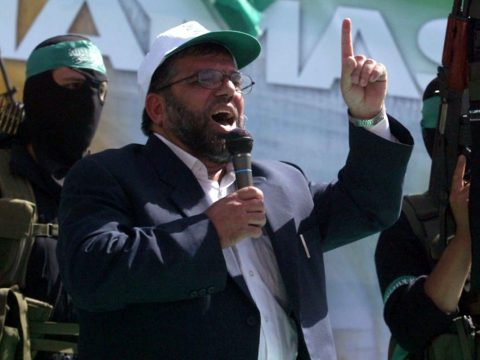 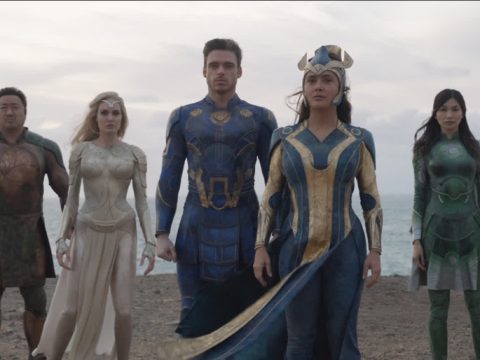 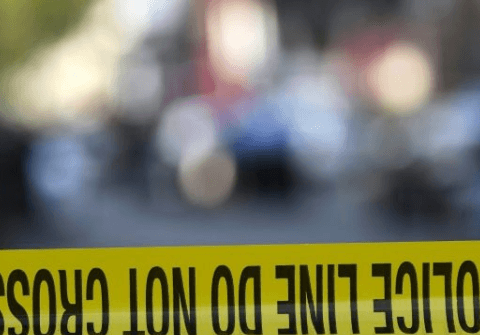 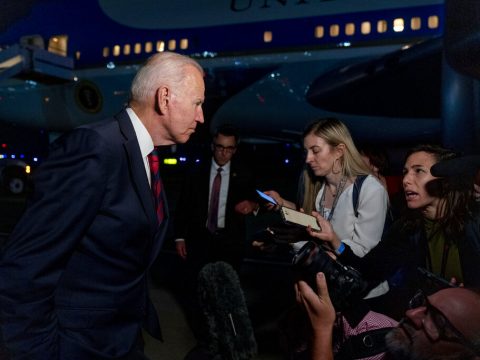