On January 20, 2021, the day President Joe Biden took office, on average a gallon of regular gasoline cost about $2.37.

Today that same gallon will set you back $4.35.

A slew of factors have contributed to the record rise, including the 25 actions Biden has taken in office which include limiting new oil exploration and regulate current production. Gas had already soared to $3.59 by February 24, the day Russia invaded Ukraine, which has also contributed to the increase.

Releasing oil from the Strategic Petroleum Reserve (SPR), a move the president always has at his disposal, would drop prices a bit, for just a few weeks or maybe a couple months, but the only real ways out of the situation is to produce more oil at home or to import more from abroad.

Still, there is a short-term option to reduce prices on Americans: Suspend federal and state taxes on gasoline. And talk about that very move is suddenly on everyone’s lips.

Dubbed a “gas tax holiday,” ABC News reported “an increasing number of governors and state lawmakers are calling for the suspension of gas taxes to provide relief to motorists who are facing the prospect of even higher pump prices as the country cuts off Russian oil imports.” The outlet added:

Republican legislative leaders in Michigan and Pennsylvania announced proposals Wednesday to suspend or reduce state gas taxes. That came after the Republican governor of Georgia and Democratic governor of California both called for relief from state gas taxes Tuesday, when President Joe Biden ordered a ban on Russian oil imports.

Calls to suspend gas taxes are also growing on Capitol Hill. Bills are pending in both the House and Senate to create a gas-tax holiday, with each planning to offset lost revenue by using general fund money to fund state highway and public transit programs.

Yet there’s no guarantee that doing away with gas taxes will actually help Americans.

“On average, only about one-third of the value of previous gas tax cuts or tax increases were passed on to consumers, according to a 2020 report from the American Road & Transportation Builders Association that analyzed 113 state gas tax changes enacted over several years. That’s because retail gas prices are influenced by complex factors, including the price of crude oil and supply-and-demand pressures,” ABC reported.

“The real problem with this approach at both the federal and the state level is that there’s no way to ensure that the people will see this savings when they go to the gas pump to fill up their cars, their SUVs and trucks,” said Jim Tymon, the executive director of the American Association of State Highway and Transportation Officials. 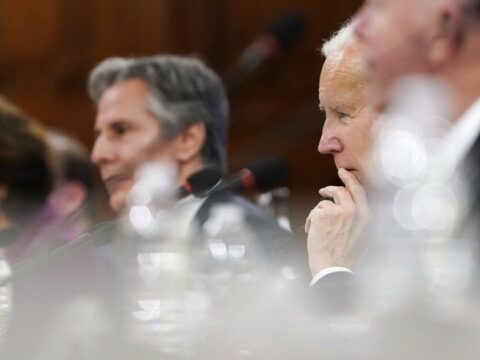