Amazon sells and streams more than 30 Nazi propaganda films, according to information from a watchdog group provided to the Washington Free Beacon.

Americans Against Anti-Semitism, an advocacy group that combats hate, found 30 Nazi propaganda films that were available for sale or streaming in their entirety without any disclaimer or editorial content.

“Amazon is presently the world’s largest purveyor of original Nazi propaganda films—something Hitler and Goebbels would surely have been grateful for,” the group said, adding that Amazon should immediately remove these films from its store.

The group released an open letter online, which includes a full list of the Nazi titles available. They include Der ewige Jude (The Eternal Jew), The Rothschilds’ Shares in Waterloo, and Jud Süss (Suss the Jew), among many others. The films are either on sale in Amazon’s online portal or available for streaming on its Amazon Prime video network.

Amazon has repeatedly grappled with anti-Semitic content in its store. In 2019, for instance, it was caught selling Christmas ornaments covered in pictures of Auschwitz, the infamous Nazi death camp that killed millions of Jews. In 2020, the retail giant made an about-face when it decided to stop selling works by Ku Klux Klan leaders, Adolf Hitler, and other prominent purveyors of anti-Semitism. The retail site was originally committed to selling such works but reversed its stance amid a flurry of criticism that it was helping to spread anti-Jewish sentiment.

Amazon did not respond to a Free Beacon request for comment about its large library of Nazi propaganda films.

Dov Hikind, a former Democratic New York City lawmaker and the founder of Americans Against Anti-Semitism, said Amazon must clarify its policy on these films. While the First Amendment protects such hate speech, Hikind said Amazon should be embarrassed about profiting from such material.

“It’s beyond unacceptable,” Hikind said. “I don’t believe this is an issue that needs debating, it’s so clear-cut, so indefensible that we expect Amazon to correct this horrifying hate-for-profit scheme immediately. Frankly, they should be ashamed of themselves for allowing so much hate to literally stream through their platforms. There is no excuse for it, I don’t care what they say.”

Amazon’s latest anti-Semitism scandal comes amid a global rise in violence against Jews. The American Jewish Committee, which tracks anti-Semitism rates, reported in October that nearly one out of every four Jewish Americans reported experiencing anti-Semitism in 2021. The study was the largest ever of American Jews and of U.S. public opinion on anti-Semitism.

“Antisemitism has remained a constant in the lives of many American Jews,” the American Jewish Committee said of its findings. Jews have been “beaten in city streets, subjected to hateful vitriol, and intimidated on social media.”

The U.S. Commission on Civil Rights also expressed concern last June about the sharp rise in Jew hatred. “Anti-Semitic incidents in the U.S. doubled compared to 2020,” the commission reported. “The Anti-Defamation League recorded 251 incidents, including assault, vandalism, and harassment, from May 11 to May 31, which is a 115 percent increase from the same time period in 2020.” This increase includes a massive uptick in online anti-Semitic language, including on social media sites such as Facebook and Twitter.

“These incidents of hate and fearmongering undermine freedom of religion guaranteed within the United States Constitution,” the commission said. “The spike in anti-Semitism cannot be normalized as political rhetoric.” 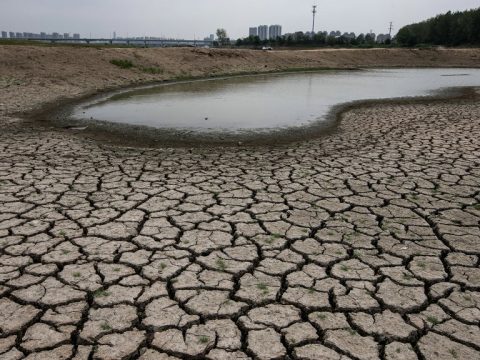 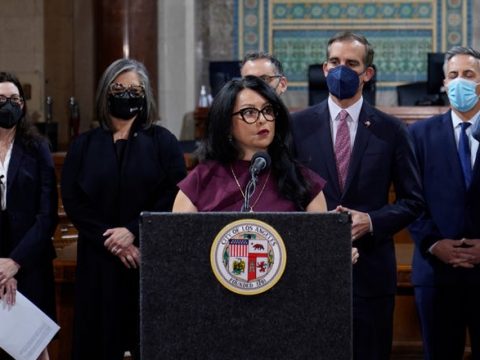