Amazon Prime Video’s new streaming series, A League of Their Own — based on the 1992 baseball film — will be a “coming out” story filled with multiple LGBTQ narratives, including the return of original star Rosie O’Donnell as the owner of a gay bar.

While nobody in the original 1992 film is gay, the show’s co-creator and star Abbi Jacobson says “It’s an iconic gay film,” and the new show will be a coming-out story for its two central characters, Carson (Jacobson) and Max (Chanté Adams), according to a report by Yahoo! Entertainment.

“Like no one’s gay, but maybe they are!… I think a lot of queer people feel a connection to that film,” Jacobson said.

“We were always about expanding this lens and showcasing a generation of women playing baseball, and also showcasing the queer stories that were not told in the film,” she added. “Max and Carson are really the hinge of this show, and ping pong back and forth between these two worlds as they’re going through very different journeys on the field.”

In the show, Carson is a married woman with a soldier husband who is away at war. After joining the Rockford Peaches — one of the founding All-American Girls Professional Baseball League (AAGPBL) teams — her teammate Greta (D’Arcy Carden) stirs up homosexual feelings that she had previously pushed away. Meanwhile, Max — who has a boyfriend — is wrestling with her attraction to women.

The series, which premieres Friday on Prime Video, even touches upon the issue of transgenderism, as Max finds out that her estranged aunt Bertie (Lea Robinson) has been passing as a man for years, which leads her to begin experimenting with her own gender identity.

While the show subtly touches upon transgenderism, co-creator Will Graham and executive producer Desta Tedros Reff say that Max will not turn into an actual transgender character.

“It’s a queer story, not specifically a transgender story,” Reff said. “Max is on her own journey of queerness, and sort of seeing what parts of her fit and feel true and what parts don’t quite fit.”

The series will also feature the return of Rosie O’Donnell — who played third base player Doris Murphy in the 1992 film — as a new character.

In the new A League of Their Own, O’Donnell — who came out as gay in 2002 — plays Vi, the owner of a LGBTQ-friendly bar where some of the baseball players congregate in secret after dark.

One episode reportedly ends with Vi’s bar being raided by police, with Carson and Greta just barely escaping.

0 5
Ignorance Goes Viral In A New Book On Covid 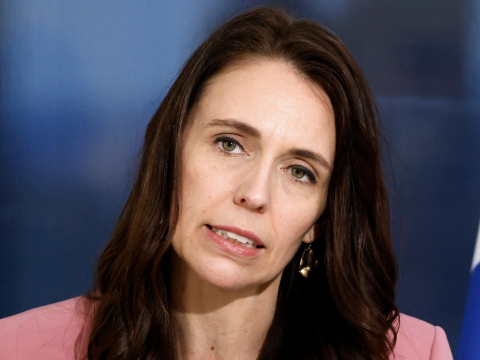