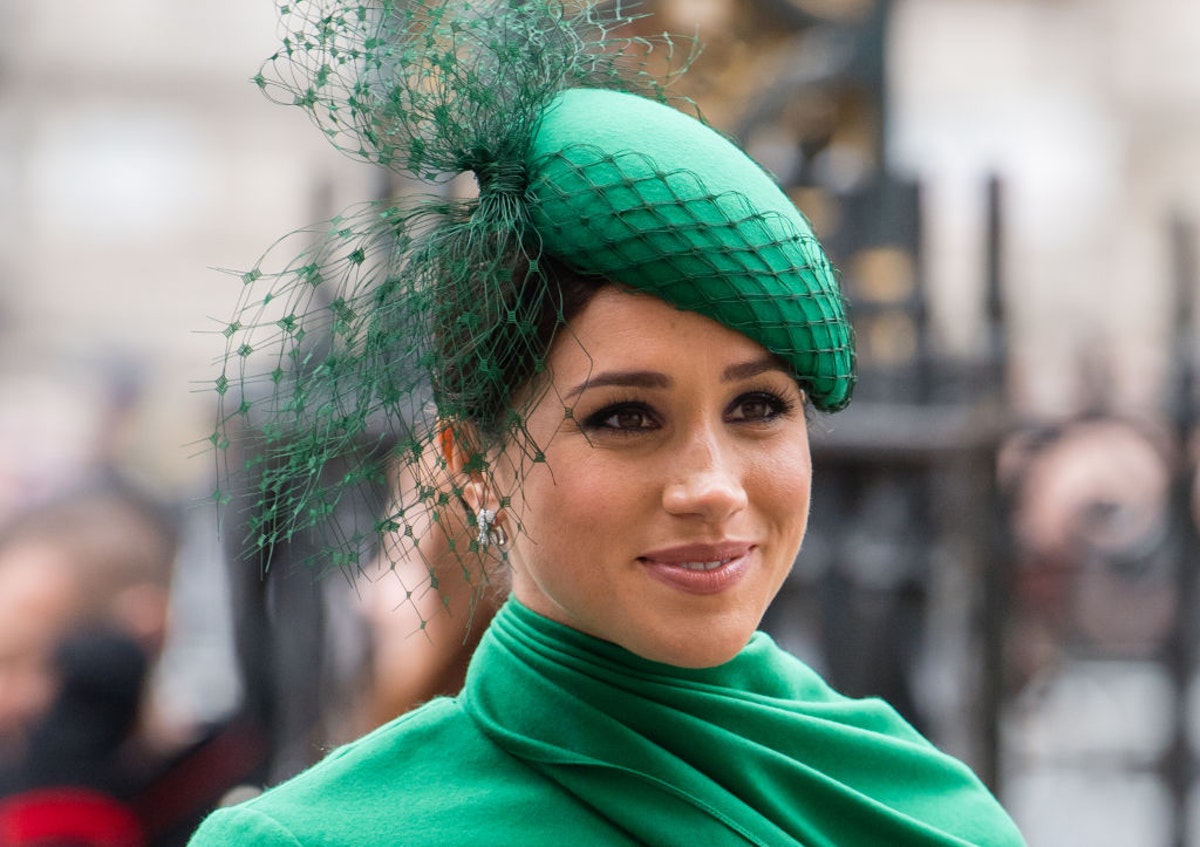 Winfrey asks Markle, “It sounds like there was a breaking point … Were you silent or were you silenced?”

In the 30-second clip from the interview, Harry states, “I’m just really relieved and happy to be sitting here talking to you with my wife by my side because I can’t begin to imagine what it must have been like for her going through this process by herself all those years ago. … Because it’s been unbelievably tough for the two of us but at least we have each other.”

“Along with her signature messy bun, the Duchess accessorized with her favorite suede Aquazzura pumps ($695) and Cartier Love bracelet ($6,550), along with an aquamarine necklace by Pippa Small and blue topaz Birks earrings, both of which are now sold out,” Page Six wrote about Markle’s wardrobe for the interview. “But the real crown jewel of Markle’s ensemble? Her dainty diamond bracelet, believed to be a Cartier heirloom once owned by Princess Diana.”

At one point in the exchange, Prince Harry reportedly asserts that he and his wife moved to Los Angeles because he feared “history repeating itself,” a reference to his late mother Princess Diana’s history of trouble within the royal family.

The Daily Mail notes that while the couple are not being paid for the interview, “experts believe it is part of their plan to build a billion-dollar brand in the US after signing mega-deals with Netflix and Spotify worth at least $100million.”

Robert Jobson, a biographer of Prince Charles and the Duke of Edinburgh, harshly criticized the news of the Winfrey interview and any comparison between Markle and Princess Diana, asserting:

Meghan, whilst a working royal, was always protected by a team of Scotland Yard officers. Thankfully, she was never in danger physically and Harry knows that.  I covered all the Sussex’s tours and many of their engagements, Meghan delivered many speeches on her travels as a royal and was given a platform to do so. When you step back from this and see it for what it is — a promo to promote an interview that a U.S. network expects to earn a fortune from — such talk of being “silenced” is just ridiculous. It suits a narrative, I suppose, but at what cost to the Queen, Prince Philip and the Royal Family and our reputation as a country.

That’s not the first time the couple has been criticized for their behavior since exiting the R0yal Family. In an opinion piece for The New York Post, Maureen Callahan slammed the couple for what she portrayed as hypocrisy and “greed,” writing:

It’s only been ten months since Prince Harry and Meghan Markle announced they were leaving the British royal family in search of “privacy” — yet they have never been so much in our faces, sanctimoniously and hypocritically telling us how to live and who to vote for, all while signing a reported $100 million deal with Netflix. …

This insufferable brain trust has been rendered more so by greed. It’s not enough that Harry has a reported net worth of $25-to-$40 million, or that Prince Charles was, until very recently, reportedly funding them, or that pre-pandemic they were demanding $1 million in speaking fees, or that they embarrassed themselves by publicly ambushing Bob Iger and Jon Favreau at a movie premiere, begging for an acting gig for Meghan. To say nothing of a hagiography called “Finding Freedom,” a book so detailed and so pro-Sussex it’s hard to believe the couple, despite their denials, didn’t fully cooperate with the authors. All the while, peddling the line that they just want to be private philanthropists.