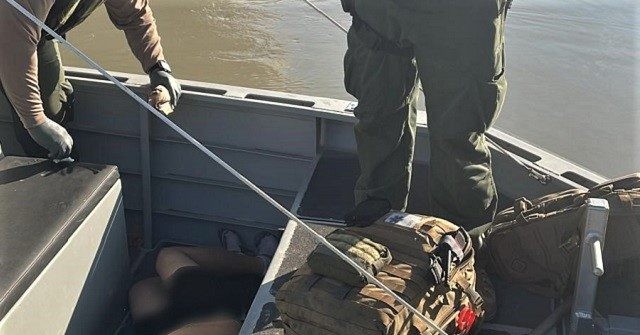 This week, #USBP Laredo Sector agents apprehended over 2,900 undocumented individuals and deterred over 560 subjects from crossing the Rio Grande.

Laredo Sector agents remain vigilant to protect our nation and our community from all threats. @USBPChief @CBPSouthTexas pic.twitter.com/nfA925VB5n

“Agents quickly deployed a buoy flotation device that he was able to grasp and allowed the agents to pull him aboard their vessel,” Landrum tweeted.

A few days earlier, Laredo Sector Marine Units patrolling Falcon Lake observed a man struggling after apparently falling out of a canoe. The agents pulled their boat alongside the struggling man and pulled him to safety, Chief Landrum tweeted.

Many are not as fortunate when they attempt to cross the Rio Grande.