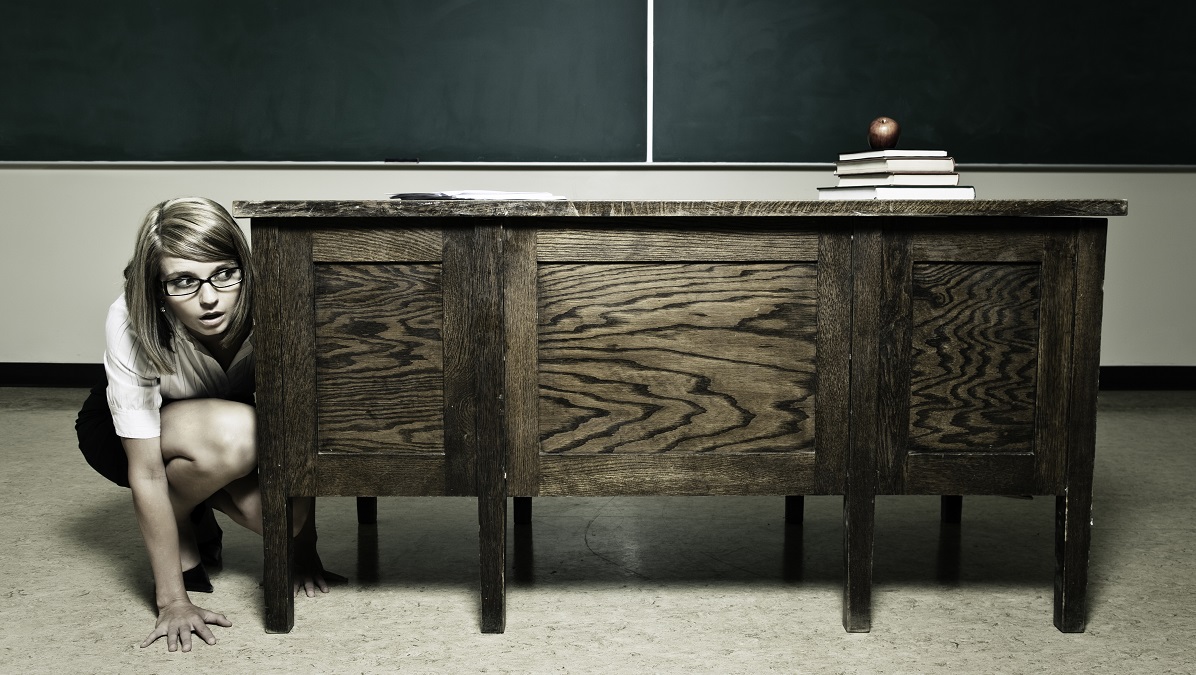 Teachers who signed a pledge that they would teach critical race theory ideas even if it was against the law are now desperately trying to hide their involvement, with dozen of names disappearing over the last two months.

The petition, sponsored by the communism-praising Zinn Education Project, said that lawmakers in many states “aim to prohibit teachers from teaching the truth about this country: It was founded on the dispossession of Native Americans, slavery, structural racism and oppression; and structural racism is a defining characteristic of our society today.”

The signatories, including many who teach in conservative areas, projected an aura of boldness. “We, the undersigned educators, refuse to lie to young people about U.S. history and current events — regardless of the law,” the petition said.

Some, however, have since apparently decided to conceal those beliefs from their parents.

Related: Here Are The Thousands Of Teachers Who Say They’re Willing To Violate Law To Keep Pushing CRT

In all, over the last two months, Zinn removed the names of 37 signatories who were apparently not as courageous as they first believed, according to a data analysis by The Daily Wire.

Seventh-grade teacher Romelo Green signed the pledge from Brookhaven, New York, a perennial conservative stronghold on Long Island in which nine out of ten elected officials are Republican. He teaches American History for South Country Central School District at Bellport Middle School in nearby Bellport, a town that is 1% black, 2% Hispanic, and 2% Asian, according to the Census.

After realizing that his name was online, Green panicked.

He contacted the Zinn Education Project, which wrote back to him: “We removed your name. This has been such a tough school year already and then for teachers to face retribution for pledging to teach the truth is too much! Please keep us posted.”

He also repeatedly contacted The Daily Wire, which published a version of Zinn’s list. “I wanted to ask that my name be removed from this list as soon as possible… Time is of the essence,” he wrote.

But in a phone call with The Daily Wire to determine on what grounds he was asking his name to be removed from an article, Green was all over the place.

First, he said he only “may” have signed it, and if he did, it was accidentally. “You may accidentally put your name on something… I went on that site to find some content for my class… I don’t even remember what content I was getting from the site… I must have seen this pledge and signed it. It was probably my doing, without even realizing it,” he said, adding that he does not always read things carefully.

But the now-deleted data shows that he didn’t just click a button or enter his name – he typed a paragraph describing why he agreed with its message. “I am committed to teaching the truth about our nations [sic] history. To educate young minds about the traumatic history many minorities have lived and experienced for centuries. My goal is to teach about the past in hopes for the next generation to build a more just society,” it said.

Next, Green said that he does not necessarily disagree with the petition – he just didn’t want people to know. When asked if he was asking for his name to be removed from the petition because his views have changed, he said only, “I just want my name removed is all.”

“Since I attached my name to it and said I’m going to teach it to your kids, it’s causing me a lot of trouble,” he said, adding that a union rep told him it “doesn’t look good on me. Especially because it’s only my first year, non-tenured.” He said he was also contacted by two people in his department about it.

When asked if he would abide by laws or rules even if he disagreed with them, he at first said “if my district says not to teach it, that’s what I’m going to do.”

But soon after, he said he would not change his teaching methods, but would simply avoid the phrase “critical race theory.”

I’m going “to just do what I’ve always been doing, and not call it that, that’s what I’m going to do,” he said.

College senior Emma Niebaum of Omaha, Nebraska also signed the pledge. Her mother told The Daily Wire that her daughter “didn’t even know what CRT was until my husband explained it to her a few months ago… Emma said she retracted her testimony or whatever it is called after she found out about CRT.”

However, when Emma contacted The Daily Wire, she did not express any change of heart, merely stated “please remove my name from there,” and did not return a request for more information. Zinn still has testimony from her saying “If we want things to change we need the next generation to know what’s happening now.”

One name removed was a prank that seemed to hit a little too close to home for organizers: “Karl Marx” signed it from Washington, D.C.

But in a lesson for policymakers who are considering whether a ban on teaching divisive topics like systemic racism or critical race theory would be effective, it seems unlikely that most of the removed names actually changed their positions, rather than simply decided to be more covert.

Some teachers had a sense of entitlement about their right to push opinions on children while being paid as government employees in a community’s public schools. Monico DaRugna of Gilbert, Arizona, wrote: “It is not up to the Government to run our schools.”

Anna Jablonski of Portland, Oregon was far from shy when she signed the petition, saying: “WE MUST TEACH THE TRUTH TO HEAL AND GROW HEALTHY AS A SOCIETY. It f***ing pisses me off that I wasn’t taught as a kid or young adult and that the truth is still concealed.” But her name is now gone.

For many, the focus on political opinions in school seemed to come at the expense of basics like grammar. “Students deserve to know unedited history and it’s [sic] effects today,” Amanda Redmond of Bend, Oregon wrote.

The Zinn Education Project is named after Howard Zinn, whose FBI file says he taught a class in Marxism at Communist Party Headquarters in Brooklyn.

A list of teachers who pledged to defy potential laws as of June 23, by location, is here. Below are the 37 names which disappeared by two months later.

0 22
VIDEO: Drivers Line up for Free Gas Thanks to $1 Million Giveaway in Chicago

0 16
Biden In ‘Rare’ Spot Where All Political Sides ‘At Odds’ With Him, Failing At Everything Last 2 Months: Report

0 26
FACT CHECK: Are There No TV Ads For COVID-19 Vaccines Because The Manufacturing Companies Would Have To List The Side Effects?