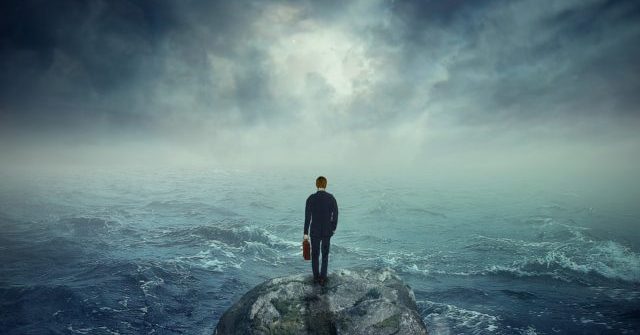 It’s no secret that the economy has become less predictable since the pandemic hit. It has also become less legible, a fact highlighted by a massive revision Wednesday to payroll processor ADP’s estimate of jobs added by private employers in January.

The ADP jobs estimate is meant to provide a preview to the official estimate from the Bureau of Labor Statistics that typically comes out the following Friday. But throughout the pandemic, the two measures have fallen badly out of sync and both have been subject to larger than usual revisions in subsequent months.

ADP initially said that private employers cut 301,000 jobs in January. That was far worse than expected and seemed to indicate a much steeper toll on the labor market from the omicron spike in infections. The following Friday, however, the BLS figure showed private payrolls grew by 444,0000. With the public sector added in, the economy reportedly added 467,000.

On Wednesday, ADP said that private payrolls grew by 475,000 jobs, boosted by strong growth in big businesses and in every major sector the economy. Businesses with 500 or more workers were responsible for almost all the hiring in the month, adding 552,000 positions. Companies with fewer than 50 employees shrank payrolls by 96,000. Mid-sized businesses added just 18,000.

What grabbed attention on Wednesday, however, was the revision to the January number. Instead of a loss of 301,000 jobs, ADP now estimates that businesses added 509,000. That revision of more than 800,000 jobs has some questioning whether there is any value to ADP’s initial estimates.

It’s not just ADP, of course. Economists on Wall Street and at the Federal Reserve have had forecasts of growth, employment, and inflation upended by the pandemic slump and recovery. Adding to the confusion has been the role of stimulus and emergency aid payments that boosted incomes even as employment crashed. What’s more, the government kept up many of those programs even as it became clear the labor market and broader economy was recovering faster than expected.

0 14
Jim Jordan, Attorney General Of Texas Call For People To Not Listen To President On Vaccine Mandates