Texas GOP Governor Greg Abbott, throwing down the gauntlet to two Democrat mayors who have recently complained about illegal immigrants, invited them to come to Texas and have a first-hand look at the crisis at the southern border.

Abbott addressed New York City Mayor Eric Adams and Washington D.C. Mayor Muriel Bowser. Adams recently complained that the burgeoning number of illegal immigrants in his city comprised a “real burden” on his city; Bowser has been complaining for weeks that the number of immigrants arriving in buses sent by Abbott and Arizona GOP Governor Doug Ducey “have reached tipping points.”

“This crisis was created by President Biden and is one that requires immediate and decisive action to be stopped,” Abbott charged in a letter to Adams and Bowser. “As Governor of a southern border state, I have watched illegal crossings hit record highs over and over again since President Biden took office.”

“Unfortunately, President Biden and his ‘Border Czar’ Vice President Harris have refused to see this crisis for themselves—remaining willfully ignorant of the crisis that they have created,” Abboitt continued. “In fact, U.S. Department of Homeland Security Secretary Mayorkas recently testified that the border is ‘safe and secure.’ It is neither safe nor secure, as you can both attest to.”

Then he offered, “As Governor, I invite you to visit our border region to see firsthand the dire situation that only grows more urgent with each passing day, and to meet with the local officials, who like yourselves, realize this matter deserves immediate federal action.”

“We agree that this crisis demands immediate federal action to prevent the flood of deadly fentanyl, now the leading cause of death for Americans ages 18 to 45, the unimaginable horrors caused by human smuggling and trafficking, the known terrorists from entering our country, and the countless other crimes that have been committed by the hundreds of thousands of ‘gotaways’ that the Biden Administration has let slip through,” Abbott declared in his letter to the mayors, concluding, “I look forward to welcoming you the Texas-Mexico border so that you can see this crisis for yourself.”

Adams had said that public services in New York were becoming “overburdened.”

“This is a real burden on New Yorkers as we’re trying to do the right thing. We already have an overburdened shelter system. So now we’re talking about food, clothing, school. This is going to impact our schools because we do not turn away individuals because they are undocumented,” he stated of the soaring number of illegal immigrants in his city.

On June 22, Abbott fired back at Adams after Adams had intimated that Abbott and Ducey were “cowards” for sending buses full of illegal immigrants to Washington D.C. “Our country is home of the free, land of the brave,” Adams said. “We do not become cowards and send people away who are looking for help.”

Abbott replied, “Mayor Adams’ problem is not with Texas. It is with President Biden’s refusal to stop this border crisis and secure our southern border.”

Mayor Adams should address his frustration w/ migrants to the root cause: Joe Biden.

I launched our border busing mission in April to help our local communities.

Biden has flown planeloads of migrants to NY.

The problem is not Texas. It’s Biden’s REFUSAL to secure our border. pic.twitter.com/cPGgoL8n9B

All copyrights and legal uses attributed to content are located at the article origination: © Daily Wire, Abbott Throws Down Gauntlet To NYC, D.C. Mayors On Illegal Immigration: Try Seeing The Border Up Close With Me 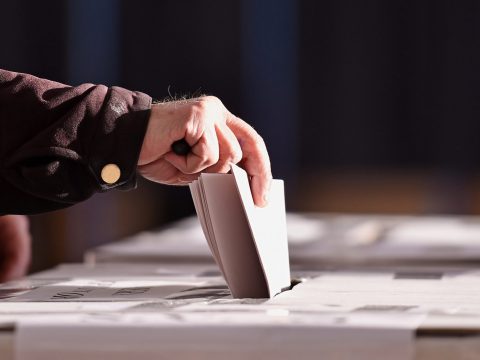 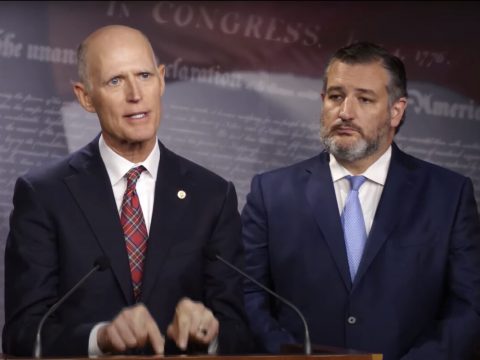