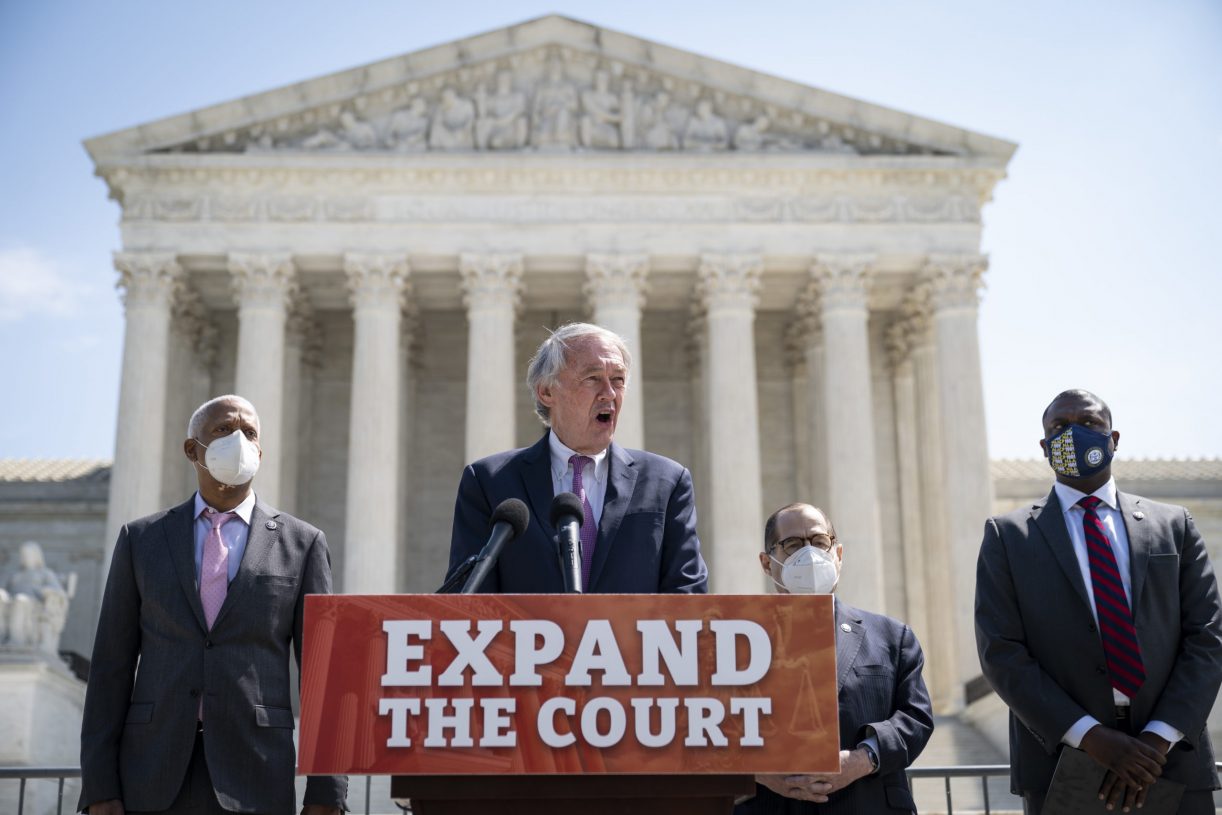 Multiple congressional Democrats renewed their threat to pack the Supreme Court if the justices do not rule against a Mississippi law limiting abortion.

“Chipping away at Roe v. Wade will precipitate a seismic movement to reform the Supreme Court,” Democratic Connecticut Sen. Richard Blumenthal told The Hill on Monday. The Supreme Court announced on May 17 that it would hear the case Dobbs v. Jackson Women’s Health Organization, which addresses Mississippi’s ban on abortions after 15 weeks.

Upholding the Mississippi law “will inevitably fuel and drive an effort to expand the Supreme Court if this activist majority betrays fundamental constitutional principles,” Blumenthal continued.

The Connecticut Democrat has repeatedly changed his mind on court-packing, saying that “nothing is off the table” when Republicans confirmed Amy Coney Barrett to the Supreme Court in October 2020. He said on May 18 that Democrats should only “approach the issue of expanding the Court with extreme caution.”

Democratic Rhode Island Sen. Sheldon Whitehouse, who often advocates court-packing, said that Democrats have “a whole array of options we’re looking at in the courts committee” if the Supreme Court upholds the Mississippi law.

Even hearing the case “really enlivens the concerns that we have about the extent to which right-wing billionaire money has influenced the makeup of the court and may even be pulling strings at the court,” he continued. (RELATED: A Pro-Gun Ruling Will Inflame Court-Packing Push, Democratic Senator Warns Supreme Court) 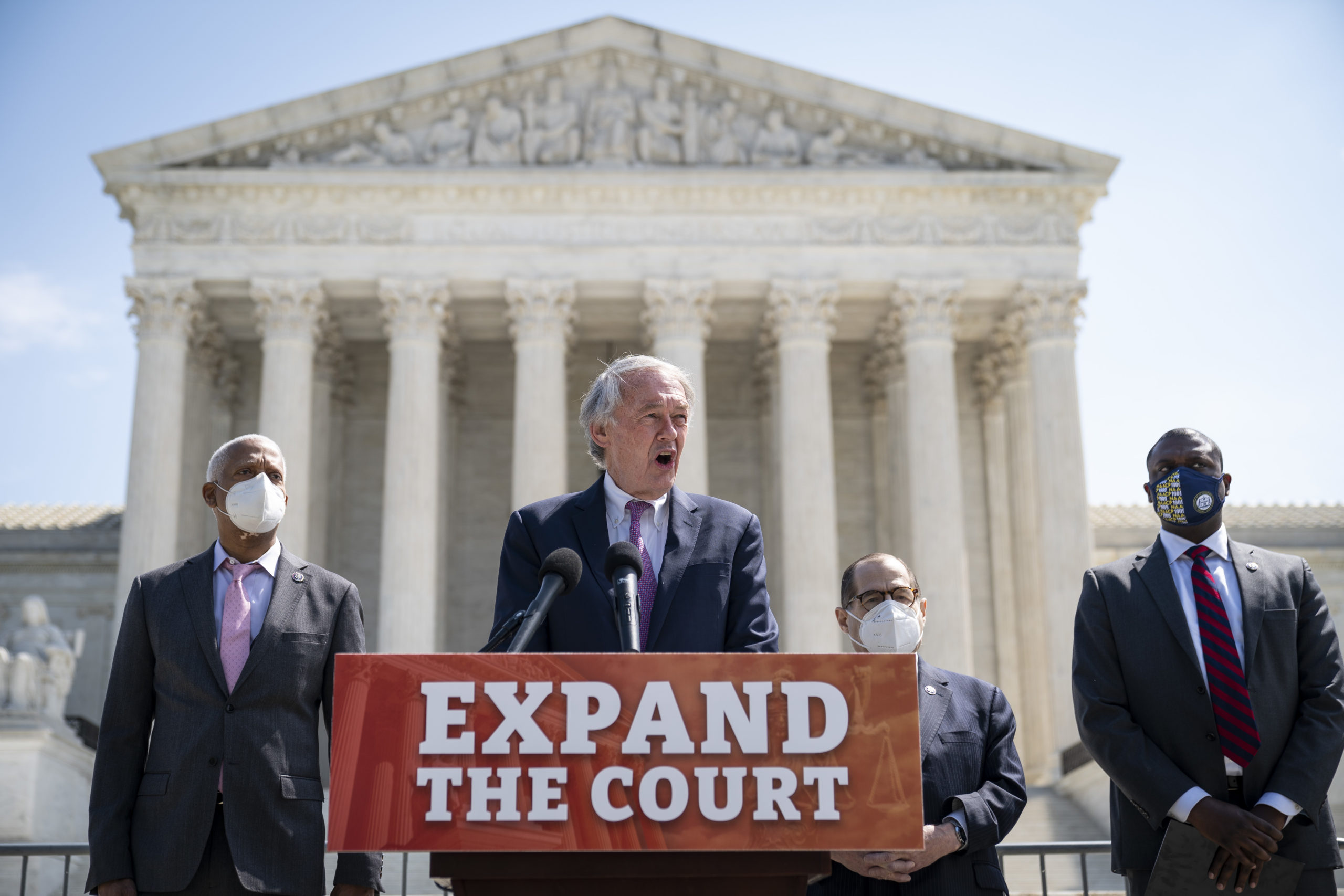 WASHINGTON, DC – APRIL 15: (L-R) Rep. Hank Johnson (D-GA), Sen. Ed Markey (D-MA), House Judiciary Committee Chairman Rep. Jerrold Nadler (D-NY) and Rep. Mondaire Jones (D-NY) hold a press conference in front of the U.S. Supreme Court to announce legislation to expand the number of seats on the Supreme Court on April 15, 2021 in Washington, DC. Their bill would expand the Supreme Court from 9 to 13 justices. Speaker of the House Nancy Pelosi says she does not support the bill and doesn’t plan to bring it to the House floor. (Photo by Drew Angerer/Getty Images)

After opposing court-packing during the Democratic primaries, President Joe Biden refused to answer questions during the 2020 general election about whether or not he supported adding seats to the Supreme Court.

The president announced in April a commission that would explore adding seats to the Supreme Court and other potential changes.

Congressional Democrats introduced bills in the House and the Senate that would increase the size of the Supreme Court from nine to 13 justices. The body has been composed of nine justices since 1869.

New York Democratic Rep. Jerrold Nadler, a co-sponsor of the court-packing bill, said that the Supreme Court’s consideration of the Mississippi abortion case “further shows the need” for court-packing.