Whelan, Senior Fellow and former President of the Ethics & Public Policy Center (EPPC), wrote in the National Review, “I see no reason to doubt that the draft opinion in Dobbs that Politico has published and reported on is indeed what Politico says it is: a proposed majority opinion that Justice Alito circulated to his colleagues.”

“Above all, the superb quality of the draft is compelling evidence that it is genuine. It is difficult to imagine who outside the Court would have the time, ability, and motive to craft and release such a masterful document,” Whelan wrote.

Outstanding Draft Majority Opinion in Dobbs https://t.co/1fdD33VLoX A guide to the opinion.

Whelan did not address the question of how the draft was leaked and claimed he intended to offer a “reader’s guide to the draft majority opinion.”

Politico released a report Monday evening claiming the Supreme Court had voted to strike down the landmark 1973 decision Roe v. Wade citing a document purported to be the initial draft of a majority opinion written by Associate Justice Samuel Alito.

“We hold that Roe and Casey must be overruled,” Alito wrote, according to Politico. “It is time to heed the Constitution and return the issue of abortion to the people’s elected representatives.”

“A person familiar with the court’s deliberations said that four of the other Republican-appointed justices — Clarence Thomas, Neil Gorsuch, Brett Kavanaugh and Amy Coney Barrett — had voted with Alito in the conference held among the justices after hearing oral arguments in December, and that line-up remains unchanged as of this week,” Politico reported.

Chief Justice John Roberts issued a statement Tuesday confirming the authenticity of the document and condemning its leak to the public. (RELATED: ‘Gravest, Most Unforgivable Sin’: SCOTUS Leak Decried By Court Watchers)

“Justices circulate draft opinions internally as a routine and essential part of the Court’s confidential deliberative work. Although the document described in yesterday’s reports is authentic, it does not represent a decision by the Court or the final position of any member on the issues in the case,” Roberts said.

“To the extent this betrayal of the confidences of the Court was intended to undermine the integrity of our operations, it will not succeed. The work of the Court will not be affected in any way,” he continued. “I have directed the Marshal of the Court to launch an investigation into the source of the leak.”

The leak of the majority opinion draft comes before the Court was set to decide on Dobbs v Jackson Women’s Health Organization in June 2022.

0 8
FLASHBACK: Trump Was Mocked As A ‘Coward’ For Going Into White House Bunker During DC Riots 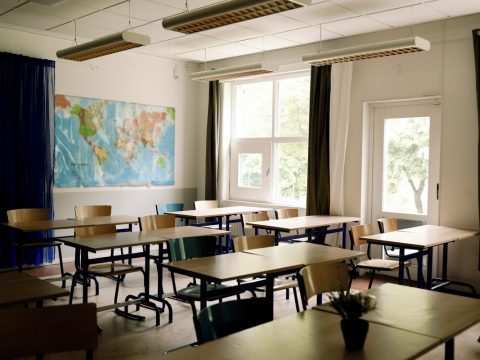 0 71
‘Focus On Their Skin Color’: Parent Speaks Out Against School’s ‘Racist’ Curriculum