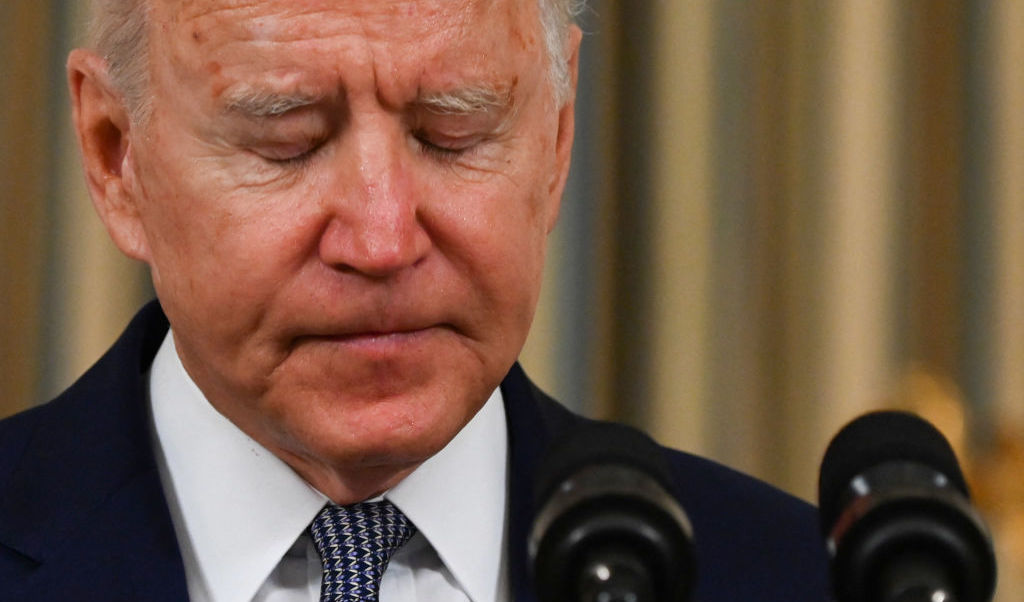 The economy added 235,000 jobs in August, far below economists’ predictions of 720,000 and a sharp drop in job growth from the previous two months when the economy added 962,000 jobs in June and another 1.1 million in July, according to Department of Labor data released Friday.

“That is what one would call a big, big miss,” CNN White House correspondent Phil Mattingly noted.

That is what one would call a big, big miss.

The unemployment rate dropped from 5.4% to 5.2%, in line with economists’ expectations. The jobs numbers are the worst posted since Biden took office in January, according to CNBC. While most sectors posted limited gains, growth in the leisure and hospitality sector stalled and remains far below its pre-pandemic employment level.

“In August, employment in leisure and hospitality was unchanged, after increasing by an average of 350,000 per month over the prior 6 months. In August, a job gain in arts, entertainment, and recreation (+36,000) was more than offset by a loss in food services and drinking places (-42,000). Employment in leisure and hospitality is down by 1.7 million, or 10.0 percent, since February 2020,” the Department of Labor reported.

“The labor market recovery hit the brakes this month with a dramatic showdown in all industries,” Daniel Zhao, senior economist at jobs site Glassdoor, told CNBC. He went on to blame the rise of the Delta variant of COVID-19 for the stunted labor market performance.

“Ultimately, the Delta variant wave is a harsh reminder that the pandemic is still in the driver’s seat, and it controls our economic future,” he said.

Ben Shapiro, editor emeritus for The Daily Wire, said that blaming the Delta variant for the slow economic growth is mistaken given the widespread availability of effective vaccines against COVID-19. Shapiro said that the fear over the Delta variant in largely a product of fear mongering in the media and by Democratic politicians.

“Americans divide into two groups: the worried and the unworried. Nearly the entirety of the worried are vaccinated, unjustifiably; most of the unworried are unvaccinated. It is the worried vaccinated who are calling for lockdowns and mandates and tanking the economy,” he continued. “That’s a big reason why 9 of the 10 best states for unemployment are red, and ~17 of the top 20. And it’s why all nine+DC of the worst are blue.”

The disappointing jobs report comes as record inflation is hitting the U.S. economy. The Department of Labor’s Producer Price Index recorded a year-over-year rise of 7.8% in July, the highest level ever recorded.

Related: U.S. Economy Added Only Half As Many Jobs As Expected In July

0 6
Christian Organization Suspended From Twitter After Calling Dr. Rachel Levine ‘A Man Who Believes He Is A Woman’

0 7
Vogue Magazine: Help Freezing Texans By Paying For Their Travel To Get An Abortion