Rep. Dusty Johnson (R-SD) is leading an effort to get U.S. Transportation Secretary Pete Buttigieg to address the supply chain crisis across the country, including changing the federal policy that prevents truck drivers under the age of 21 from crossing state lines.

A bipartisan group of 80 house members sent a letter to the transportation department asking for the change.

“DOT [Department of Transportation] is asleep at the wheel,” Johnson said in a statement. “America is dealing with a supply chain crisis and the Biden administration isn’t taking tangible steps to fix the problem.”

The request is actually requesting formal approval of an already existing DOT pilot program that lowers the age of truck drivers allowed to cross state lines to include those ages 18 to 20.

“This pilot program could add more than 3,000 truck drivers to an industry that desperately needs workers,” Johnson said. 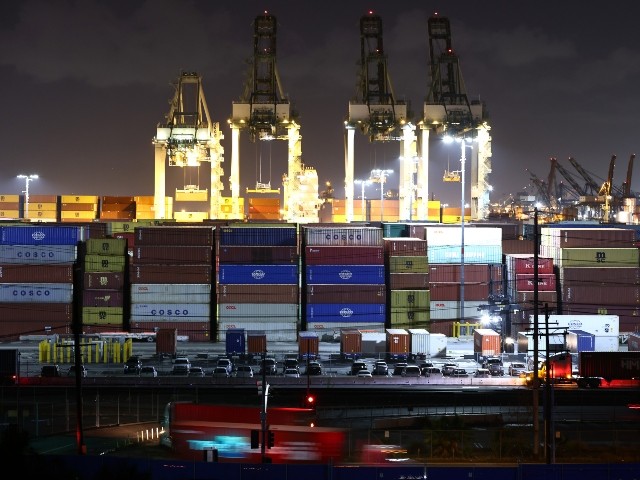 Trucks operate at the Port of Los Angeles during nighttime operations on October 25, 2021, in San Pedro, California. (Mario Tama/Getty Images)

“Government needs to get out of the way and let our businesses and workers do what they do best,” Harder said. “I’m calling on the Biden administration to cut the ridiculous red tape so our truck drivers can get to work and our economy can get moving again.”

“Amid the growing supply chain crisis, drivers in the trucking industry have stepped up to ensure the timely delivery of goods. Yet even with their efforts, there simply aren’t enough truckers on the road to meet the demand,” the letter says. “As our supply chain issues continue to grow, we should be doing everything we can to fix the problem.”

Johnson also argued at a Wednesday hearing that getting people involved in trucking younger would not only help the economy but also their economic futures.

“Getting people connected younger presumably would help them make better careers even earlier,” Johnson said at a hearing Wednesday.

0 20
Steve Bannon Released from Custody After Appearing Before Judge 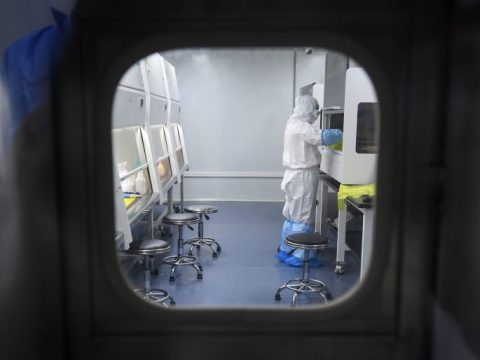