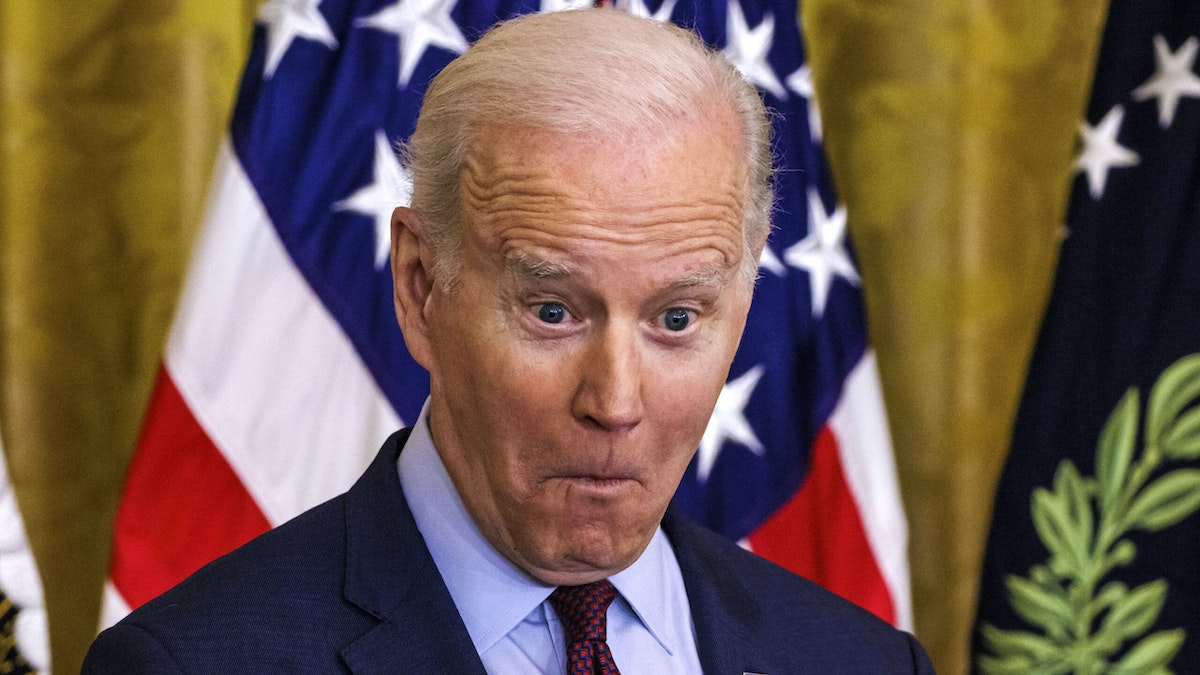 As if things could possibly get any worse for President Joe Biden, a new poll shows 7 out of 10 Americans think he’s poorly handling the surge of inflation across the country.

The rate of inflation grew by nearly 8% in the last year, with prices for everything from gasoline to bread, milk, and eggs soaring.

The consumer price index increased 7.9% over the past 12 months, hitting a 40-year high, according to the Labor Department’s Bureau of Labor Statistics. “The February acceleration was the fastest pace since January 1982, back when the U.S. economy confronted the twin threat of higher inflation and reduced economic growth,” CNBC reported.

On Sunday, a new poll from ABC News/Ipsos showed Americans blame Biden for just about everything. “On inflation, President Biden has a 70 percent disapproval rating, compared to 29 percent who approve. On gas prices, 70 percent also disapprove, while 28 percent approve,” ABC reported.

“Over the past several months, Americans’ wallets have been hit by skyrocketing inflation, and now, Biden is feeling that crunch in his approval numbers. Seventy percent of Americans disapprove of his handling of inflation,” ABC wrote. “The White House faces similarly concerning numbers related to economic recovery, with 58% disapproving, a 12-month high, per the ABC News/Ipsos poll conducted using Ipsos’ KnowledgePanel. This presents a political problem for Biden, who must navigate an electorate growing more frustrated across several sectors, while attempting to manage an exploding war in Europe with firmness and authority.”

But Americans do support Biden’s move to cut off oil from Russia, which supplies about 8% of our daily consumption: Some 77% support the move.

Still, there was other bad news in the ABC/Ipsos poll. Biden’s approval/disapproval rating on immigration and the border stood at 39%-59%; his rating on the economic recovery was 41%-58%; and on climate change it was 44%-54%.

Even on Russia, Biden was underwater, with 48% approving of his actions and 51% disapproving. “The public is divided on a hypothetical no-fly zone over Ukraine, a provocation toward Russia that White House officials signaled they are not considering at this time. Thirty-one percent support a no-fly zone, while 34% oppose it and another 34% do not know their stance on such an action,” according to the ABC/Ipsos poll.

The only issue on which Biden wasn’t under was on his handling of COVID-19, where he has a 56% approval and 42% disapproval.

“The poll also asked about Florida’s Parental Rights in Education Bill (HB 1557), which critics have unfairly dubbed the ‘Don’t Say Gay” bill,’” ABC wrote. “‘On another topic, would you support or oppose legislation that would prohibit classroom lessons about sexual orientation or gender identity in elementary school,’ the poll asked. The results came out to 37 percent of respondents supporting, with 62 percent opposing.”