Jim Britt, communications director with the Maine Dept. of Agriculture, Conservation and Forestry, holds a new flag that will fly if sharks are detected near Maine beaches, Tuesday, June 1, 2021, at Crescent Beach in Cape Elizabeth, Maine. (AP Photo/Robert F. Bukaty)

Long Island residents are now urged to use caution at local beaches after five people were attacked by sharks this month. Suffolk County Police said the fifth shark attack in under two weeks occurred Wednesday evening when a 49-year-old Arizona man was bitten on the left wrist and buttocks while standing waist-deep at Seaview Beach.

Beachgoers captured cell phone video of a shark near the shore at field 5 of Robert Moses State Park beach on Sunday
5 people on Long Island were bitten by a shark in the last 2 weeks
2 alone yesterday
At least 3 sightings today, including at this same beach @ABC7NY pic.twitter.com/SNEeFPsdqK

He was able to walk out of the water and was taken by helicopter to a local hospital for treatment in stable condition. This just 12 hours after 41-year-old attorney Shawn Donnelly was bitten in the calf by a sand tiger shark while surfing at Smith Point Beach.

“It was definitely scary, not going to pretend like it wasn’t,” Donnelly said. “It hit me and knocked me off my board. I saw the fin and I saw the shark.”

Shawn Donnelly has been surfing the waters off Long Island for decades. Never even SEEN a shark! Till now. 😬 He will be A-ok! But still…he was bitten yesterday, only 10 yards off shore at Smith Point in Suffolk County. His story today on @ABC7NY #sharks #LongIsland pic.twitter.com/NR6LAXBbPJ

He was able to punch the shark and ride a wave into shore.

“He was knocked off his board and then he saw this shark coming back around towards him,” Suffolk County Executive Steve Bellone stated. “At that moment he was very fortunate that a wave came in and helped push him towards the shore.”

The incident comes after lifeguard John Mullins was attacked on July 7 during a training exercise at a beach less than a mile away from Smith Point. He was treading water around 200 yards from shore when a small shark approached and nipped his ankle. Mullins was able to make it to shore with only minor injuries.

Notice for Smith Point Beach: Swimming has been suspended at this time due to dangerous marine life activity on Wednesday July 13, 2022.

Less than a week before another lifeguard was bitten in the chest and hand at the same beach, but escaped after thrashing with the creature near to shore. He returned to work Thursday and said that he’s lucky his injuries weren’t any worse.

“I’m just grateful my injuries were minor in comparison to other instances,” voiced lifeguard Zach Gallo. “I think I can pass on some knowledge to fellow lifeguards and younger guards coming up.”

The first recent shark encounter occurred three days before this when a 37-year-old swimmer was bitten on his right foot near Jones Beach. Shark deterring efforts, including the deployment of spotter drones and lifeguards on wave runners have been initiated. Authorities have warned beachgoers to only go to protected beaches with lifeguards and avoid going into the water without a partner.

0 18
Condi Rice Hits Basic Flaws In Biden Withdrawal: Why Not Wait Until Winter? Why Telegraph ‘Out’ Date 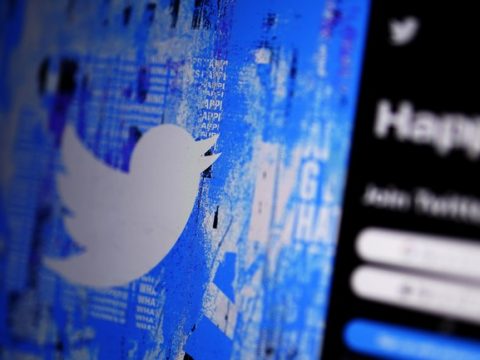