On Monday, 38 Iranian dissidents living under the despotic regime in Iran wrote a letter to President Biden imploring him to retain the sanctions President Trump had imposed on the Iranian regime, noting that the “new political reality in Iran and the Middle East has provided the Iranian people with a historic opportunity to achieve a peaceful transition to secular democracy.”

The bold regime-defying act follows reports that Iran’s theocratic government murdered over 1000 Iranians who protested against the tyrannical government in November 2019. Reuters reported the following month, “About 1,500 people were killed during less than two weeks of unrest that started on Nov. 15. The toll, provided to Reuters by three Iranian interior ministry officials, included at least 17 teenagers and about 400 women as well as some members of the security forces and police.”

Acknowledging themselves as “the signatories of the Coalition of Committed for a Secular Democratic Constitution in Iran,” the signers of the letter cite the Iranian regime obtaining substantial financial benefits after the implementation of the Iran nuclear deal and the regime’s lost opportunity “to implement meaningful welfare reforms for its people, to stop its malign behavior, and pursue a policy of harmony and peaceful coexistence with the regional countries.”

“Instead, the regime spent billions of dollars gained from the Iran nuclear deal on exporting its totalitarian ideology by providing funds to terrorist networks, developing missile technology as offensive leverage to dominate the Persian Gulf and beyond, and causing chaos in the Middle East,” the dissidents wrote.

The letter speaks of Iranian nationwide protests in the winter of 2017-2018 and in November 2019 as evidence that the citizens truly desire a democracy rather than an Islamic theocracy, noting, “The regime’s brutal security forces confronted the non-violent protestors, silenced their voices, killed more than 1500 Iranians, and arrested more than ten thousand innocent people.”

The letter notes the changing facts on the ground in the Middle East: “The events in Iran in conjunction with the signing of the Abraham Accords signals a significant geopolitical shift in the Middle East. Indeed, the Islamic Republic is experiencing a decline in its influence in Syria, Lebanon, Iraq, and throughout the Greater Middle East. As a result of this momentous reality, the Islamic Republic Theocracy is on the verge of collapse.”

Mr. President, we firmly believe that the new political reality in Iran and the Middle East has provided the Iranian people with a historic opportunity to achieve a peaceful transition to secular democracy. Therefore, we respectfully request your Administration to take the following factors under advisement in your Iran policy:  Recognition of the majority of the Iranian people’s aspiration and interest for a Secular Democratic Constitution over the survival of the Islamic Republic Theocracy;  Maintaining maximum political, diplomatic, and financial pressure on the regime;  Advocacy for human rights in Iran and release of all political prisoners and those imprisoned for their personal views; Supporting the Iranian’s determination in seeking a secular democratic government through a non-violent, free, and fair referendum. 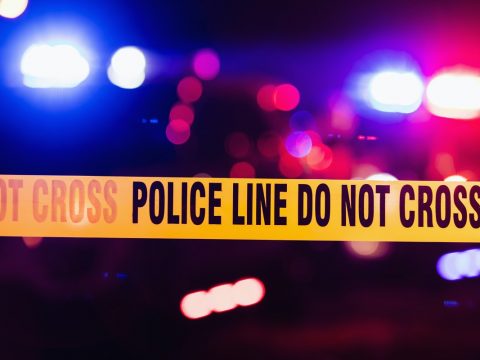