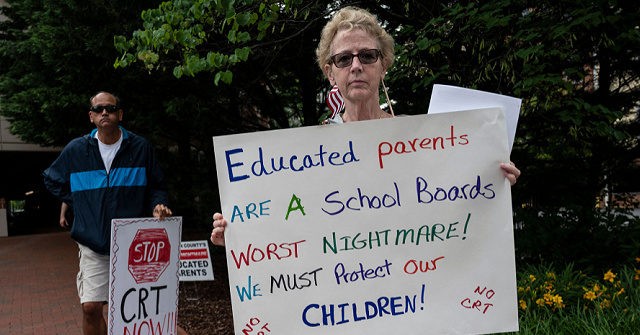 A national parents’ organization has named 26 state associations that have distanced themselves from the National School Boards Association (NSBA) since its top officials wrote to President Joe Biden requesting he use federal law enforcement to target parents voicing concerns about their children’s education as potential “domestic terrorists.”

National grassroots organization Parents Defending Education (PDE) reported Tuesday these state associations have distanced themselves from NSBA since the letter became public and further information about its background was released:

Wisconsin is the 10th state to withdraw membership, participation, or dues from the National School Boards Association.

26 states have distanced themselves from the letter.

Additionally, PDE noted these states have taken even further action by entirely cutting ties with NSBA or withdrawing their membership dues:

The NSBA’s own board of directors renounced the letter to Biden sent by Chip Slaven, NSBA’s interim executive director and CEO, and Viola Garcia, the association’s president, writing on October 22 they “regret and apologize” for its content.

.@NSBAPublicEd apologized to members Friday for its letter to President Biden about threats toward school board members, saying the organization would review its communication processes and other procedures. Read the letter: https://t.co/a3HqKUfdTt pic.twitter.com/gjNtp4glcm

Emails obtained by PDE at the end of October through a public records request indicated Garcia and Slaven worked with the White House prior to sending their September 29 letter to Biden requesting federal law enforcement use the PATRIOT Act to target parents as “domestic terrorists.”

The redacted emails revealed that, on October 2, Garcia wrote to the NSBA directors, “These are troubling times.”

“NSBA has been engaged with the White House and the Department of Education on these and other issues related to the pandemic for several weeks now,” she continued. “The pandemic and our heightened political environment have created a lot of tension in our society.”

What we have witnessed are coordinated efforts, playbooks, for creating chaos at school board meetings and in local communities. Letters across states are very similar and these incidents are beyond random acts. What we are now seeing is a pattern of threats and violence occurring across state lines and via online platforms, which is why we need the federal government’s assistance.

As @NSBAPublicEd was sending the “domestic terrorism” letter to President Biden, NSBA President Viola Garcia was appointed to a prestigious position in the U.S. Department of Education. This should be investigated. Stand with us & email @usedgov here: https://t.co/4hLGkX7tm0

Attorney General Merrick Garland testified on October 21 at a House Judiciary Committee hearing he took the word of the NSBA officials that parents voicing their concerns at local school board meetings should be investigated as possible “domestic terrorists.”

Rep. Jim Jordan (R-OH), top Republican on the House Judiciary Committee, has written letters to the Department of Justice, calling for transparency about how Garland ultimately came to issue his directive to the FBI “to convene meetings” with law enforcement “in each federal judicial district” to help “open dedicated lines of communication” for threat reporting.

“We want the memo rescinded,” Jordan told the Washington Examiner in a recent interview. “I think the only appropriate thing, the only fair thing, the only smart thing, the only logical thing, whatever words you want, is for Merrick Garland to say, ‘We are not charging these 94 U.S. attorney districts and the U.S. attorneys to work with law enforcement there to set up these dedicated lines of threat reporting’ — these snitch lines.”

0 22
2 In 3 Southern Republicans Want To Secede From Union; Nearly Half Of Pacific NW Democrats: Poll 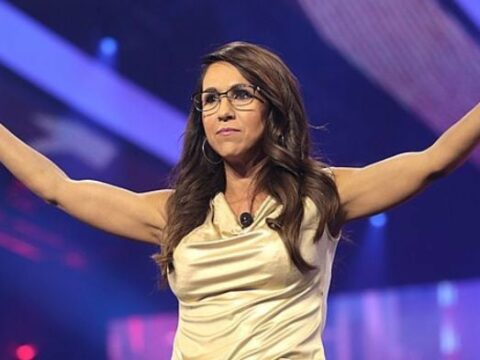