The American economy saw 20 million job resignations in the spring and summer.

According to a Department of Labor report released on Tuesday, a record 4.3 million workers quit their jobs in August — the highest level of resignations in over 20 years. However, a summary of federal data from The Wall Street Journal reveals that August’s data continues an upward trend in employee exits:

U.S. workers left their jobs nearly 20 million times between April and August this year, according to the latest federal data, a number more than 60% higher than the resignations handed in during the same period last year, and 12% above the spring and summer of 2019 when the job market was the hottest it had been in almost 50 years.

The data doesn’t count retirements but includes people who have quit jobs for any number of reasons, such as taking a job elsewhere, going back to school, leaving to care of a family member or simply taking a break. The data also includes people who may have quit multiple times, for instance leaving a job on a college campus in May and then quitting a summer job in August.

Between April and August, the economy created a net 2 million new jobs; however, overall employment is still 3% lower than its pre-COVID level.

The high quit rate signals a labor market that heavily favors employees rather than employers. As the number of job openings exceeds the number of available workers, businesses have been hiking wages in an attempt to fill their staff.

“There is an enormous labor shortage in the country right now and it is not just because people are quitting or have child care problems, or can’t get to work due to the Delta variant,” noted Fwdbonds chief economist Chris Rupkey. “The economy is strong as a bull, that is why there is a tremendous demand for labor.”

The $1.9 trillion American Rescue Plan — signed by President Biden in March — extended programs through which millions of Americans received a weekly $300 check on top of state unemployment handouts. Surveys taken over the summer appear to indicate that millions of Americans willingly turned down jobs to continue collecting the payments. 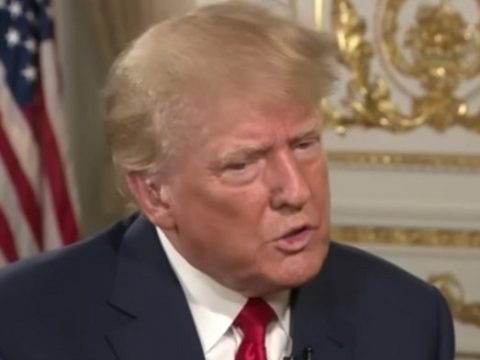 0 52
Trump: I Threatened Taliban Leader With Satellite Image of His House

0 22
CNN's Van Jones on SOTU: Biden's Energy Was Impressive — 'Uncle Joe Is Back'