President Joe Biden has brazenly claimed over and over again to have no knowledge of his family’s corrupt business dealings for which his son Hunter is under investigation by the FBI for tax fraud, money laundering, and the violation of lobbying laws.

The White House has also insisted Biden never spoke to Hunter about his intertwined business dealings, though evidence of the Biden family business suggests otherwise.

DOOCY: “The President has said that he never spoke to his son about his overseas business dealings. Is that still the case?”

According to former Utah U.S. attorney Brett Tolman, the Biden family business may reveal the core of an entrenched business enterprise, which could involve legal “predicates” for racketeering charges.

Here are 11 times Joe Biden played a role in the Biden family business over six years:

In 2013, Hunter traveled to China with his father aboard Air Force Two. Before the trip ended, Hunter introduced Joe Biden to his Chinese business partner. Just ten days later, China issued Hunter’s firm a business license and the firm won a contract worth $1 billion. The New York Post reported:

Ten days later, Hunter’s company inked a deal with the state-owned Bank of China and created the $1 billion investment fund called Bohai Harvest RST (BHR), according to reporting by Peter Schweizer, president of the Government Accountability Institute and the best-selling author of “Secret Empires: How the American Political Class Hides Corruption and Enriches Family and Friends.”

A representative for BHR told The New Yorker in July 2019 that Hunter Biden introduced his father to Chinese private equity executive Jonathan Li during the trip. Li later became the CEO of BHR.

NBC NEWS: While trying to set up a Chinese private equity fund, Hunter Biden traveled to China with his father in 2013 aboard Air Force Two.

During the trip, Hunter introduced Joe to his Chinese business partner.

In 2014, a photo shows Joe Biden golfing with his son Hunter and Devon Archer, Hunter’s fellow board member for Ukrainian gas company Burisma. Archer is now in prison for fraud. Reuters reported:

The photograph was first released by Fox News’ Tucker Carlson Tonight in September 2019  here. In the article, Fox News explains that the photograph shows Joe and Hunter Biden in the Hamptons with Devon Archer, a business associate of Hunter Biden who served on the board of Burisma with him after they both joined in April 2014.

The photograph was taken in August 2014, a source close to Archer told Fox News. The photograph includes a fourth man who has not been identified. However, he is not Burisma’s top executive Taras Burdeinyi or founder Mykola Zlochevsky. Photographs of both men can be seen here and here.

Archer, who Politico reported was convicted of fraud ( here ), joined the board of Burisma with Hunter Biden in April 2014 ( here ). Archer left the board of Burisma after initially being charged in this scheme ( here here ) and Hunter announced his departure in 2019 ( here  ).

An Aug 2014 photo shows #JoeBiden golfing in The Hamptons, with 3 #Burisma board members, including #DevonArcher & his son, #HunterBiden, who joined joined #BurismaHoldings April 2014. “I have never spoken to my son about his overseas business dealings.”https://t.co/1mDUGfeuxx pic.twitter.com/V50IsqmjFA

In 2015, Hunter brought Joe Biden to dinner with his business associates from Ukraine, Russia, and Kazakhstan. Joe Biden was vice president at the time. The New York Post reported:

A photo shows Joe Biden with a pair of his troubled son’s business associates from Kazakhstan in what appears to be the same Washington, DC, power-dining spot where Hunter Biden introduced the future president to his overseas cronies.

Online photos of the interior of Cafe Milano match the background of the shot that shows the Bidens smiling while flanked by Kazakhstani oligarch Kenes Rakishev and Karim Massimov, a former prime minister of Kazakhstan.

In 2015, while Joe Biden was vice president, Hunter brought Joe to dinner with his business associates from Ukraine, Russia, and Kazakhstan.
https://t.co/KII0CKi8ZG

The day after Joe Biden dined with Hunter’s foreign business partners, one of them emailed Hunter his thanks for the “opportunity to meet your father.” The New York Post reported:

The never-before-revealed meeting is mentioned in a message of appreciation that Vadym Pozharskyi, an adviser to the board of Burisma, allegedly sent Hunter Biden on April 17, 2015, about a year after Hunter joined the Burisma board at a reported salary of up to $50,000 a month.

“Dear Hunter, thank you for inviting me to DC and giving an opportunity to meet your father and spent [sic] some time together. It’s realty [sic] an honor and pleasure,” the email reads.

An earlier email from May 2014 also shows Pozharskyi, reportedly Burisma’s No. 3 exec, asking Hunter for “advice on how you could use your influence” on the company’s behalf.

“Dear Hunter, thank you for inviting me to DC and giving an opportunity to meet your father and spent [sic] some time together. It’s realty [sic] an honor and pleasure,” the email reads.https://t.co/agMlFVKf0p

In 2016, Joe Biden brought Hunter aboard Air Force Two to Mexico, where Hunter met with his business associates from Mexico City. On the trip, Jeff Cooper, who ran a large litigation firm, SimmonsCooper, was also involved in the business meeting. The New York Post reported:

SimmonsCooper also put up $1 million in investment capital for Hunter and his uncle Jim Biden’s abortive attempt to run a hedge fund in 2009. When the venture ended, the Bidens returned the money.

Cooper joined the VP’s entourage on Air Force Two to Mexico in 2016, when he and Hunter were trying to negotiate an ill-fated petroleum deal with Aleman Magnani.

At 6 p.m. on Feb. 24, 2016, about an hour after “wheels up” from Joint Base Andrews on the five-hour flight to Mexico City, Hunter wrote a plaintive email to Aleman Magnani using Air Force Two’s secure, high-speed satellite communications channel. He blind-copied Cooper.

In an email dated Jan. 3, 2017, and sent to Hunter Biden and his business associates Devon Archer and Jim Bulger, CEO of BHR Jonathan Li writes:

Li goes on to attach an “updated version” of his son’s “CV” in a subsequent email.

In 2017, Hunter described Joe Biden as one of his “new office mates,” though the White House denies it. But Hunter had a key made for his new office mate. The Washington Post reported:

On Sept. 21, 2017, Hunter Biden wrote to a building manager requesting new office signage to reflect a new family enterprise and a new business relationship: “The Biden Foundation and Hudson West (CEFC-US),” he wrote in emails to the property manager.

He also requested keys for his new office mates: his father, Joe; his mother, Jill; his uncle James; and the Chinese executive, Gongwen Dong.

As part of the request, he provided what he said was his father’s cellphone number, saying an office representative could use it to contact his new office mates.

In 2017, Tony Bobulinski, Hunter’s former business partner, twice met with Joe Biden to discuss a business deal with China. “I directly dealt with the Biden family, including Joe Biden,” he said.

Here is Tony Bobulinski saying in October 2020 that it’s a “blatant lie” when Joe Biden said he had no knowledge of Hunter’s Chinese business dealings and discusses a meeting with Joe Biden he once had to discuss it. pic.twitter.com/H2MG38Rtgr

After Tony Bobulinski met with Joe Biden, brother Jim Biden, and Hunter to discuss their deal in China, Bobulinski messaged Jim, telling him to “thank Joe for his time.”

After meeting with Joe, his brother Jim Biden, and Hunter, to discuss their deal with communist China, Tony Bobulinski texted Jim telling him to “thank Joe for his time.” pic.twitter.com/JBxGL5HuDG

In 2019, Hunter revealed in texts the Biden family’s payout vehicle. The detailed mechanism indicates a collection of 50 percent of familial salaries for 30 years.

“I hope you all can do what I did and pay for everything for this entire family for 30 years,” Hunter described in texts to his daughter. “It’s really hard. But don’t worry, unlike Pop [Joe], I won’t make you give me half your salary.”

The reported texts do not reveal when the 30 years began or ended and whether Joe Biden is still a part of the payment scheme as president.

0 8
FACT CHECK: Did Dennis Rodman Wear A T-Shirt Saying, ‘Your Mask Is As Useless As Joe Biden’? 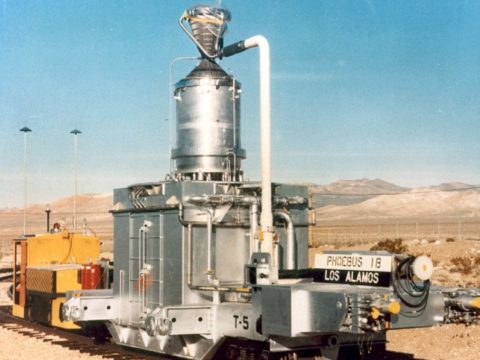