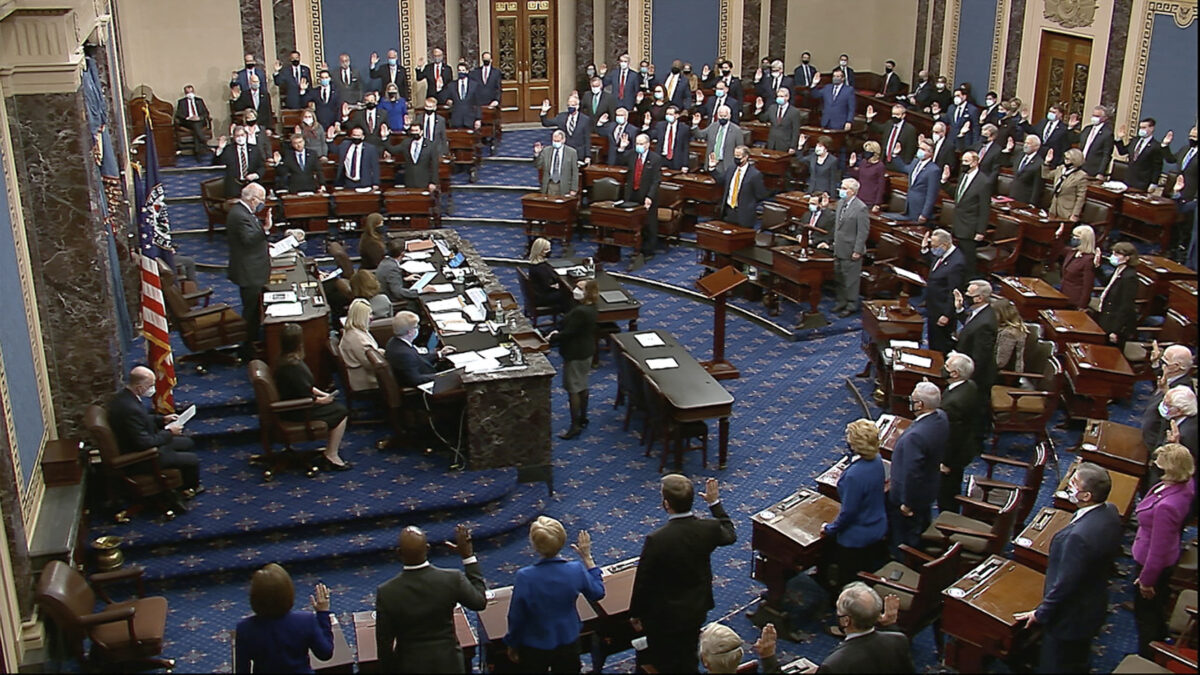 House impeachment managers were accused of falsifying a tweet from a woman, who said the managers included a blue checkmark next to her account name during a video presentation.

Jennifer Lynn Lawrence, the woman whose tweets were included in the video, wrote on Feb. 10: “I’ve never been verified on Twitter so why did my Tweet used in the fact-free impeachment include a verification badge? I’m assuming Democrats faked it like they are faking the whole case. @RepSwalwell why did you add a verified badge to my tweet in your presentation?” She was referring to Rep. Eric Swalwell (D-Calif.), who presented her tweet as evidence in the impeachment trial of former President Donald Trump in the Senate.

I’ve never been verified on Twitter so why did my Tweet used in the fact-free impeachment include a verification badge? I’m assuming Democrats faked it like they are faking the whole case. @RepSwalwell why did you add a verified badge to my tweet in your presentation? pic.twitter.com/9Ww0TLveNA

The impeachment managers used two of Lawrence’s tweets in the trial. One of them, which was re-tweeted by Trump, says, “We will bring it to DC on Jan. 6.” In a later tweet, Lawrence said, “We are bringing the Calvary to DC.”

The managers appear to have added blue checkmarks to her account. Currently, Lawrence’s account doesn’t include the checkmarks.

Lawrence also said that she meant “calvary,” a religious term, and not “cavalry,” which Swalwell claimed she used during his presentation.

“I don’t do horses ok (I’m from New York),” Lawrence wrote in a post this week. “I’m not in the army either so the use of the word cavalry would have been pretty stupid. It’s a wonder Congressman Swalwell didn’t pick up on it.”

An aide to House Democrats told the Washington Examiner that the blue checkmark was mistakenly added but denied the manipulation accusation. “If anything, it is further evidence of President Trump’s attention to and knowledge of what was being openly planned on January 6 by his followers, even those without Twitter verifications,” a senior Democratic aide said.