A Project Veritas video released this week reveals accusations from a former ESPN employee and others charging that the sports news network fosters a racist and toxic workplace.

According to the video, ESPN whistleblower Trevor Adams, a former studio operator at the network’s Connecticut studios, says ESPN purposefully aimed to become a face for the Black Lives Matter movement.

He added that while he was there, whites were routinely subjected to sneering treatment and targeted attacks simply for being white. Adams says ESPN even called the police on him for sending an email to colleagues questioning the network’s strict coronavirus vaccine mandate.

Adams said that before he left the network, he replied to the company about the vaccine mandate and discussed his concerns about the toxic work environment. But two days later, the police showed up at his door telling him that his bosses felt he was a “threat” to others for expressing his opinion.

“Surveillance footage outside of Adams’ home shows local law enforcement arriving at the request of ESPN, which flagged him as a security threat two days after his email was sent,” Project Veritas noted.

“During the interaction with law enforcement, they confirmed that they were sent by the company as a result of the email,” Adams added.

Adams said that many of his fellow employees agreed with his email but would not openly support him for fear of losing their jobs. 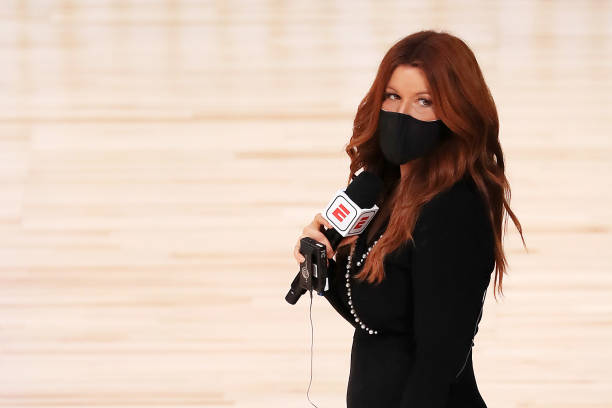 LAKE BUENA VISTA, FLORIDA – JULY 31: ESPN reporter Rachel Nichols stands on the court before a game between the Houston Rockets and the Dallas Mavericks at The Arena at ESPN Wide World Of Sports Complex on July 31, 2020, in Lake Buena Vista, Florida. (Photo by Mike Ehrmann/Getty Images)

“A lot of people were cheering me on. A lot of people said, ‘We’re glad you sent this. We hope something comes of it. We don’t think it will, but we’re glad that finally, someone spoke up,” he told Project Veritas.

An ESPN employee is also seen on video saying, “From my experience, especially with the discrimination and the racism. I think [Trevor Adams is] just trying to shine light on a bigger situation, and I said, ‘I’ll back him.’ I wanted to do what he did, but I know if I would have done that, I would have been fired.”

Adams was fired soon after he sent the email.

Project Veritas also had a segment in which SEC reporter Alyssa Lang insists that she has been subjected to “blatantly racist sh*t” because she is white.

“Just blatantly, like, complaining to me that we have three white hosts, and I’m like, ‘What do you want me- do you want me to leave?” she added.

Another clip shows a black employee agreeing that “the racial shit happens in here all the time.” And long-time ESPN anchor Matt Schick says that the network is “a global entity of forced thought.” 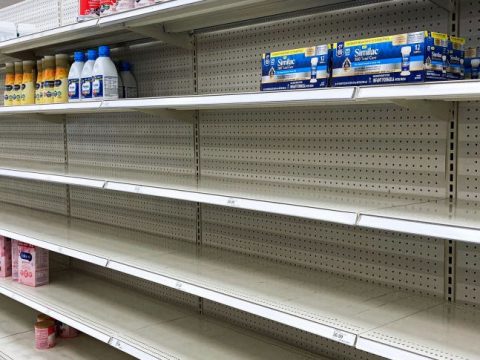 0 57
Baby Formula Shortage Far From Over, 30% Of Formula Still Out Of Stock: Report

0 5
‘A Little Too Soviet’: Grandsons Of Idaho Pastor Slapped With 13 Criminal Charges For Protesting Lockdowns With Stickers