Political journalists are congratulating President Joe Biden for finally attacking the Republican Party. “This MAGA crowd is really the most extreme political organization that has existed in American history,” Biden said Wednesday.

The president was “sharpening his teeth a bit,” according to Politico editor Sam Stein. Here was the “tone shift” the White House had been signaling, observed CNN’s Abby Phillip. Los Angeles Times reporter Eli Stokols suggested (without evidence) that Biden has been “reluctant to attack Republicans during his first 15 months in office.” His recent attack on the “extreme political organization” was a “rhetorical shift” signaling a more confrontation message heading into the 2022 midterms.

What the hell are they talking about? Since taking office, Biden has argued that Republicans were emulating George Wallace, the segregationist governor of Alabama, by pursuing electoral reforms the president described as “Jim Crow on steroids,” or “Jim Eagle,” whatever that means. This so-called new tone sounds a lot like Biden’s old tone, even dating back to 2012 campaign, when he told a group of black supporters that Mitt Romney and the Republican Party wanted to “put y’all back in chains.” 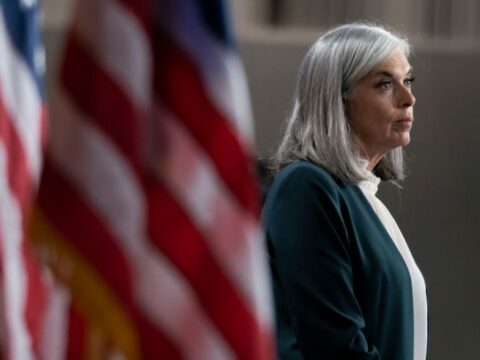