As the 50-50 Senate welcomes a partisan battle over who controls America’s federal government, the two senators from West Virginia are emerging as essential voices in bipartisan negotiations. This comes as Sen. Joe Manchin (D-W.Va.) is breaking off with Democrats on several key issues while hoping to bring the party back to the center.

Manchin has come under immense scrutiny from progressives and hardline Democrats over his recent opposition to the sweeping elections bill dubbed the For the People Act. Over the weekend, he came out against the bill while asserting it’s Democrats’ attempt to gain an advantage in future elections. Manchin added, it’s not about protecting the right to vote.

“The bottom line is the fundamental purpose of our democracy is the freedom of our elections,” he stated. “If we can’t come to an agreement on that, God help us, and someone’s got to fight for this…if we don’t make every effort and go beyond the call of duty, then what are we and who are we?”

Manchin has also come under fire for his role in keeping the Senate filibuster, which requires Democrats to garner at least 10 GOP senators’ votes to pass a bill. Thus, diminishing Democrats’ ability to pass the bill strictly on partisan lines while employing their slim majority.

Manchin posed a roadblock to Joe Biden’s original more than $2 trillion infrastructure package. He criticized the bill for being bloated and expensive. The Democrat senator called on Biden to lower the price and take a more traditional approach to developing America’s infrastructure.

This set up his colleague across the aisle, GOP Sen. Shelley Moore Capito (R-W.Va.), to get a seat at the negotiating table with the Biden administration. Capito is leading the GOP charge to get their ideas into the infrastructure deal. She’s also keeping Biden honest in his promise to revive bipartisanship by meeting at the White House to discuss infrastructure with top cabinet officials. Capito has won several victories in the fight, including getting Biden to knock $500 billion off the price tag. However, the West Virginia senator stressed there’s still a ways to go. 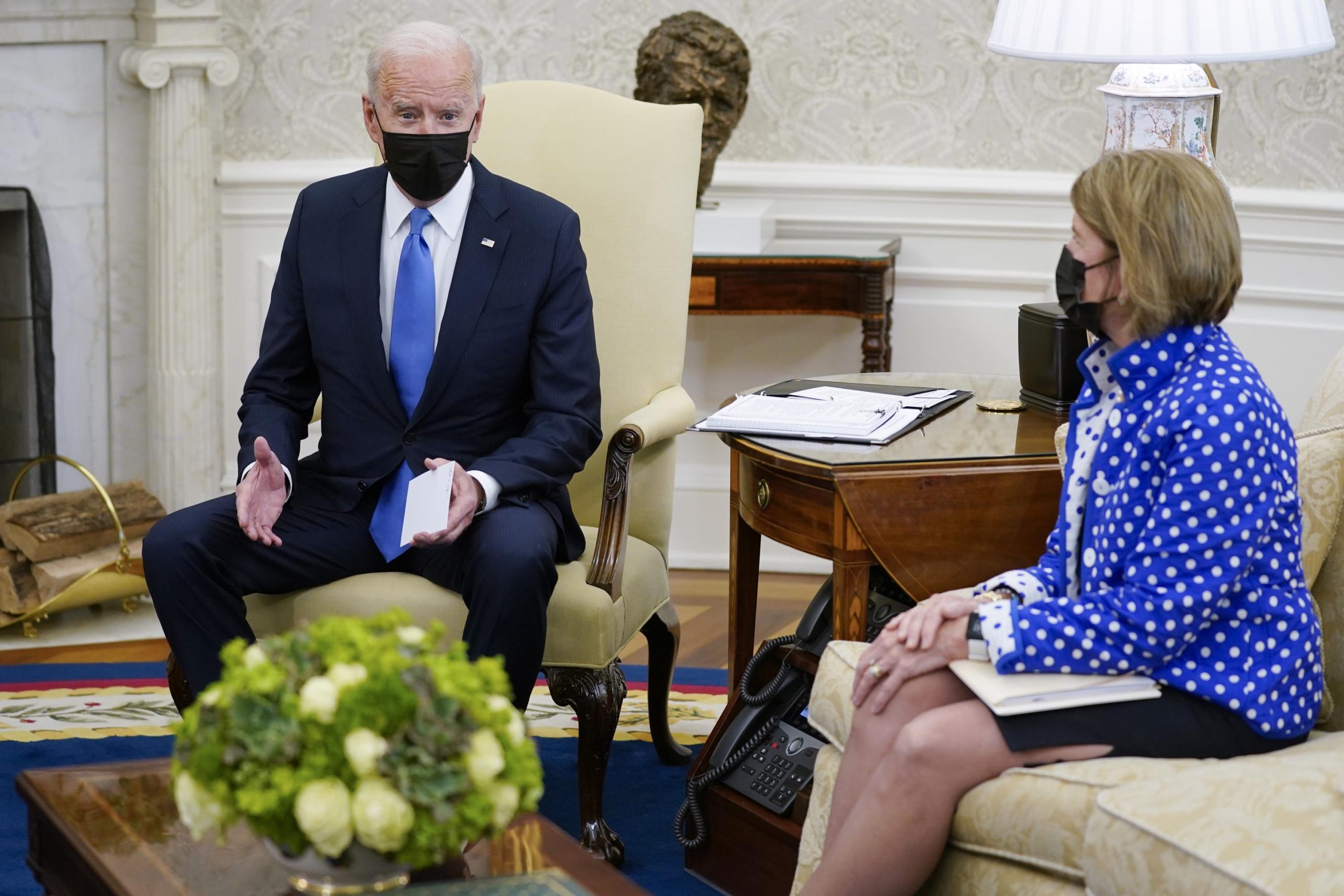 Sen. Shelley Moore Capito, R-W.Va., right, listens as President Joe Biden speaks during a meeting with Republican Senators in the Oval Office of the White House, Thursday, May 13, 2021, in Washington. (AP Photo/Evan Vucci)

In the meantime, Manchin is looking to revive the John Lewis Voting Rights Act. He said with bipartisan support on the law, Congress can pass a voting rights bill that actually protects voting rights.

Additionally, Capito is expected to meet at the White House this week to further discuss a bipartisan infrastructure bill. This comes ahead of a Senate Banking Committee hearing on infrastructure issues Tuesday and a House markup of Biden’s proposal Wednesday. 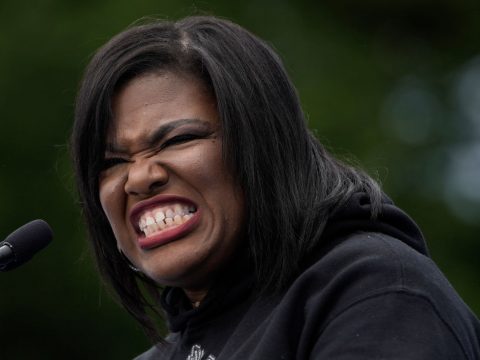 0 68
‘I Don’t Want To Answer That’: Cori Bush Ends Interview After Being Asked If Biden Should Run Again