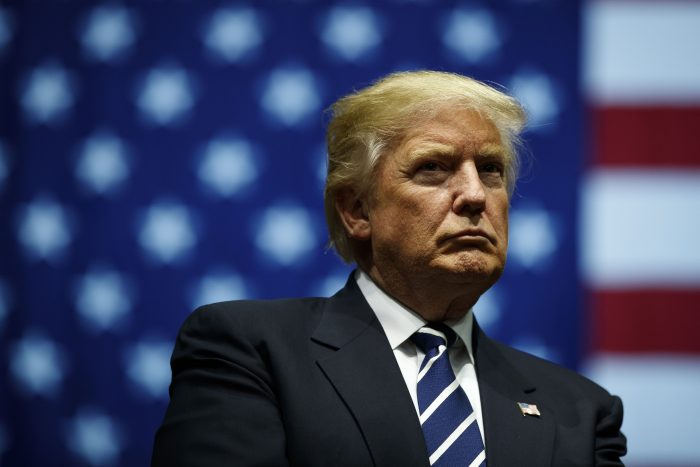 The 45th president asserted the ongoing situation between Russia and Ukraine would not be happening if he was still in the White House. Donald Trump released a statement Tuesday, saying he knows Russian President Vladimir Putin very well and the leader would have never done what he’s doing now during the last administration.

“If properly handled, there was absolutely no reason that the situation currently happening in Ukraine should have happened at all. I know Vladimir Putin very well, and he would have never done during the Trump Administration what he is doing… pic.twitter.com/PqnnXbnucg

He went on to take aim at the Biden administration by calling the sanctions they are pushing weak and pointing out they will be insignificant if Russia ends up taking Ukraine. Trump also pointed out Putin is getting richer because oil prices are only getting higher and higher. On top of that, he noted the U.S. is no longer energy independent like it was under his watch.

His remarks came after the White House confirmed Joe Biden signed an executive order aiming to impose costs on Putin. The order prohibits new investments in the separatist regions of Donetsk and Luhansk from the U.S. and also blocks U.S. goods from entering the area.

Biden outlined the new economic sanctions against Russia during his first press briefing Tuesday after declaring Russia’s actions as an “invasion.” He said his sanctions will cut Moscow off from western financing, limiting their access to global tech. This means it can no longer raise money from the West and cannot trade in its new debt on the U.S. market or European market.

Biden also declared the Nord Stream 2 pipeline will not move forward and he will place sanctions on high-profile Russian families. He accused Russia of violating international law and promised a unified response from the U.S. as well as its allies.

Watch live as I provide an update on Russia and Ukraine. https://t.co/3RmJlgWTVF

Biden noted that while the U.S. has no intention of fighting Russia, the U.S. will gather troops currently in Europe to reinforce Baltic allies. He also acknowledged that these new sanctions may result in higher gas prices for Americans and pledged to work to limit the financial impact on average families.

WATCH LIVE: My update to the @HouseOfCommons on the situation in Ukraine | 22 February 2022 https://t.co/gByQwOH1TN

Johnson said the individuals’ assets will be frozen in the U.K. and all citizens will be barred from doing business with the sanctioned Russian banks. The EU is also reportedly preparing to impose sanctions against Russia to stop the Kremlin from accessing capital and financial markets in the bloc.

0 18
EXCLUSIVE: ‘Something Even Better Than Government Handouts’: Noem Responds To Rep. Clyburn’s Demand For Rent Relief