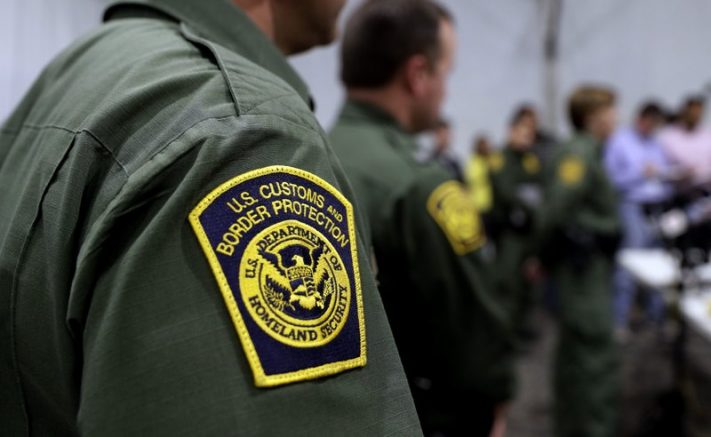 Customs and Border Protection (CBP) has been spotlighting the dangers of crossing illegally into the U.S. During a press conference Wednesday in Texas, El Paso Border Patrol Sector Chief Gloria Chavez said human smugglers are endangering the lives of the people they exploit and have no regard for the safety of others.

“Despite all of the dangers, migrant smugglers continue to place profit over the safety and welfare of the people they smuggle,” she stated.

CBP officials noted how they have responded to several calls in recent months regarding illegal immigrants falling off the border wall in attempt to scale the high barrier.

“Along this border, transnational criminal organizations continue to encourage people to climb that barrier,” Chavez continued. “They use ladders to allow them to climb to the top and then they pull the ladder off, leaving the person stuck at the very top of that barrier to figure out how they are going to descend. Many of them fall from the barrier.”

Huge Kudos to our CBPO partners for watching our six! #BorderSecurity is #NationalSecurity! 💚🇺🇸💙 https://t.co/yUVV7ZG9Uo

Additionally, Border Patrol agents stressed how they have responded to emergency calls regarding extreme heat conditions.

“In these high temperatures we have answered many calls which have been due to high dehydration,” stated Jose Gil, a doctor on the El Paso rescue team. “People who got lost, who can’t go on, pregnant women, abandoned children. So for us it’s a great problem due to the heat, mainly the heat.”

Meanwhile, Kamala Harris is finally headed to the southern border Friday, which is months after Joe Biden named her as “border czar” to lead the White House response to the growing migrant crisis. Harris has received major backlash from Republican lawmakers who stress the Democrat has failed to address the crisis at the southern border and has yet provide any assistance to immigration officials. They went on to say the illegal immigration under Biden is the worst the country has ever seen.