President Joe Biden is expected to urge Congress, in his speech to a joint session Wednesday, to pass comprehensive gun control legislation, including “a ban on assault weapons and high capacity magazines,” according to USA Today.

Support for comprehensive gun control, according to a new study, has been declining since 2018, after reaching a peak following the mass shooting at Marjory Stoneman Douglas High School in Parkland, Florida — and it hit a new low just this week.

The Washington Post reported Wednesday that a poll, conducted by the Post in connection with ABC News, found support for gun control at its lowest in years, despite a recent string of highly publicized mass shootings. Support for gun protections, notably, is up.

“The poll found that 50% of Americans support passing laws to reduce gun violence, down from 57% in 2018. 43% of Americans say the government should prioritize protecting the right to own guns, up from 34% in 2018,” according to Axios. “ The poll, conducted between April 18 and April 21, comes after a series of mass shootings in the U.S.: one that left eight people dead in several Asian spas in the Atlanta area, another that left eight dead at an Indianapolis FedEx warehouse, and one that killed 10 people in Colorado.”

Americans have shifted noticeably on the issue, according to the Post’s analysis.

“Most Americans hold strong views on the issue, but the balance of those views appears to have shifted in the past three years,” the outlet noted. “Today, 42 percent of Americans say that they ‘strongly’ believe that enacting new laws should be a priority, while 38 percent say they strongly believe that protecting the right to own guns should be prioritized. In 2018, strong support for enacting new laws outpaced strong support for protecting gun rights by 50 percent to 31 percent.”

The news comes as Biden prepares to make gun control legislation a hallmark of his first address to a joint session of Congress.

The news also comes as the Supreme Court prepares to take up its first major gun control case — a “National Rifle Association-backed lawsuit asserting the constitutional right to carry a weapon outside the home,” per the Washington Post.

“The court will hear the challenge to a century-old New York law in the term that begins in October. The restriction requires those who seek a permit to carry a concealed weapon to show a special need for self-defense and is similar to laws in Maryland, Massachusetts, and elsewhere that the court in the past has declined to review,” the outlet reported Monday.

The last time the Supreme Court opined on gun control was in 2008 when the Court, then with a more liberal makeup than it has now, found that the Second Amendment confers an individual right to gun ownership (District of Columbia v. Heller). 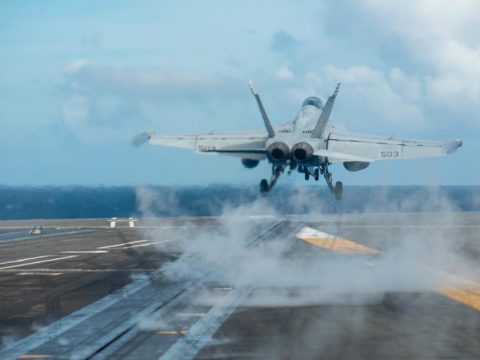 0 65
Pennsylvania County Does Not Certify Nov. 8 Election After Running Out of Paper Ballots