Starbucks announced in a memo this week that it will no longer require that its employees be vaccinated against the coronavirus after the Supreme Court rejected Democrat President Joe Biden’s vaccine mandate for large private businesses.

“In Tuesday’s memo, Culver said the company continues to strongly encourage vaccinations and booster shots,” the Associated Press reported. “The company also told workers on Tuesday that they shouldn’t wear cloth masks to work, and should instead use medical-grade surgical masks.”

The move comes after Starbucks said during the first week of January that it was going to require all of its U.S. workers to get vaccinated.

“The maker of jet engines, wind turbines and medical scanners confirmed the decision Friday via email,” Bloomberg News reported. “GE is the first major company to announce a halt after the court’s decision Thursday to block the centerpiece of President Joe Biden’s push to boost Covid-19 vaccinations.”

Biden released a statement yesterday following the ruling in which he urged private employers to implement their own vaccine requirements after the Supreme Court blocked his mandate on businesses with over 100 employees.

“I am disappointed that the Supreme Court has chosen to block common-sense life-saving requirements for employees at large businesses that were grounded squarely in both science and the law,” Biden said. “This emergency standard allowed employers to require vaccinations or to permit workers to refuse to be vaccinated, so long as they were tested once a week and wore a mask at work: a very modest burden.”

“As a result of the Court’s decision, it is now up to States and individual employers to determine whether to make their workplaces as safe as possible for employees, and whether their businesses will be safe for consumers during this pandemic by requiring employees to take the simple and effective step of getting vaccinated,” Biden continued. “The Court has ruled that my administration cannot use the authority granted to it by Congress to require this measure, but that does not stop me from using my voice as President to advocate for employers to do the right thing to protect Americans’ health and economy. I call on business leaders to immediately join those who have already stepped up – including one third of Fortune 100 companies – and institute vaccination requirements to protect their workers, customers, and communities.” 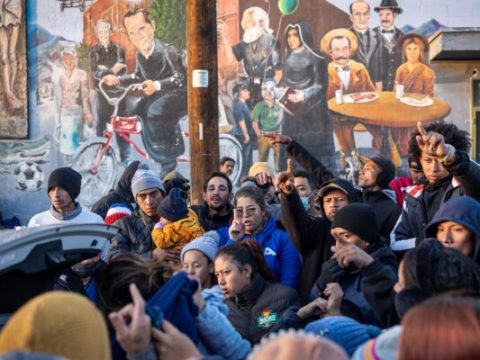