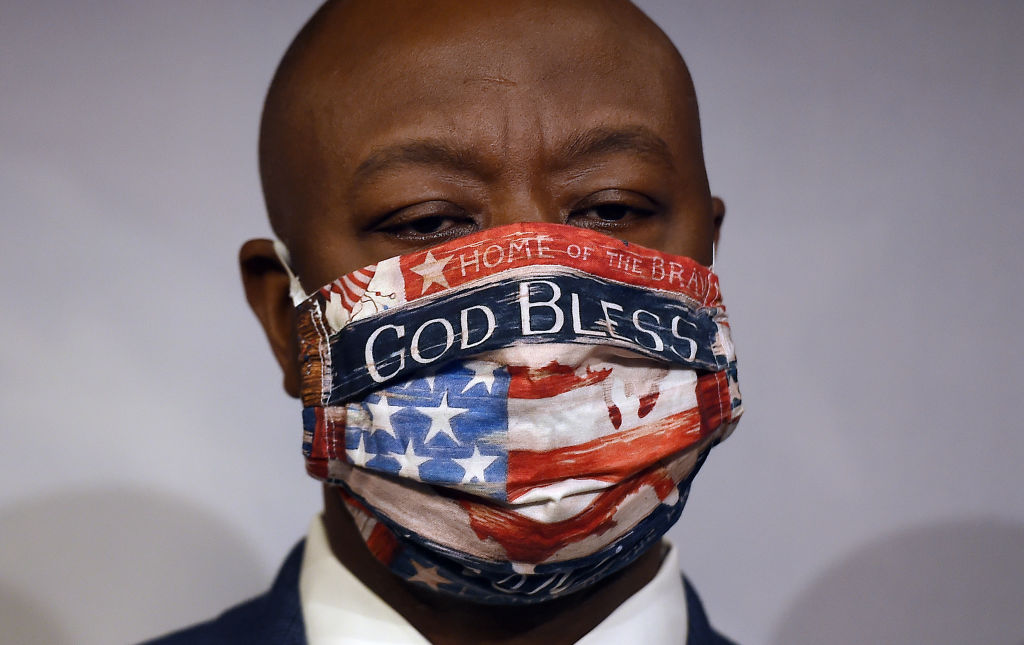 “I am deeply and sincerely sorry for my inappropriate and hurtful use of [a] racist term I used to describe Sen. Tim Scott on my personal Facebook page. It was insensitive, and I have embarrassed myself and my party by its use,” Lamar County Democratic Party Chairman Gary O’Connor told The Washington Examiner on Tuesday morning.

“As a result, I feel compelled to offer my resignation as chair of the Lamar County Democratic Party for consideration by the County Executive Committee,” he said.

Following Scott’s rebuttal to President Joe Biden’s address to Congress, O’Connor offended many when he described the African American Republican as “an oreo.”

”I had hoped that Scott might show some common sense, but it seems clear he is little more than an oreo with no real principles,” O’Connor wrote before later deleting it.

According to Urban Dictionary Urban Dictionary, “oreo” is a “term for African Americans that the black community is generally offended with for betraying their roots usually for dating caucasian girls, dressing too white, talking too white, etc. The term is branded OREO since they are ‘Black on the outside, White on the inside.’”

Republican Texas Governor Greg Abbott excoriated O’Connor for the remark, tweeting, “This is disgusting, hateful, and completely unacceptable. O’Connor must apologize to @SenatorTimScott & step down immediately.” Abbott also urged the Texas Democratic Party to “censure him” for the racial slur.

This is disgusting, hateful, and completely unacceptable.

Rep. Pat Fallon (R-TX) also described the comment as “abhorrent, insulting, and unforgivable,” adding, “Both he and the entire Lamar County Democratic Party should be ashamed of this racist behavior.”

Gary O’Connor’s comment against @SenatorTimScott is abhorrent, insulting, and unforgivable.

Both he and the entire Lamar County Democratic Party should be ashamed of this racist behavior.

During his speech responding to Biden last week, Scott said, “His speech was full of good words. But President Biden promised you a specific kind of leadership. He promised to unite a nation. To lower the temperature. To govern for all Americans, no matter how we voted. That was the pitch. You just heard it again. But our nation is starving for more than empty platitudes. We need policies and progress that bring us closer together.”

Scott also defended the U.S. against the president’s claim that the country is racist. “Hear me clearly: America is not a racist country. It’s backwards to fight discrimination with different types of discrimination. And it’s wrong to try to use our painful past to dishonestly shut down debates in the present.”

“I get called ‘Uncle Tom’ and the N-word — by ‘progressives.’ By liberals,” Scott also said.

“Uncle Tim” began trending on Twitter nationally, with comedian and television personality Scott Nevins writing in a since-deleted tweet, “Sen @TimScottSC is uncle Tom’ing it for his life. So sad. South Carolina should be so ashamed.”