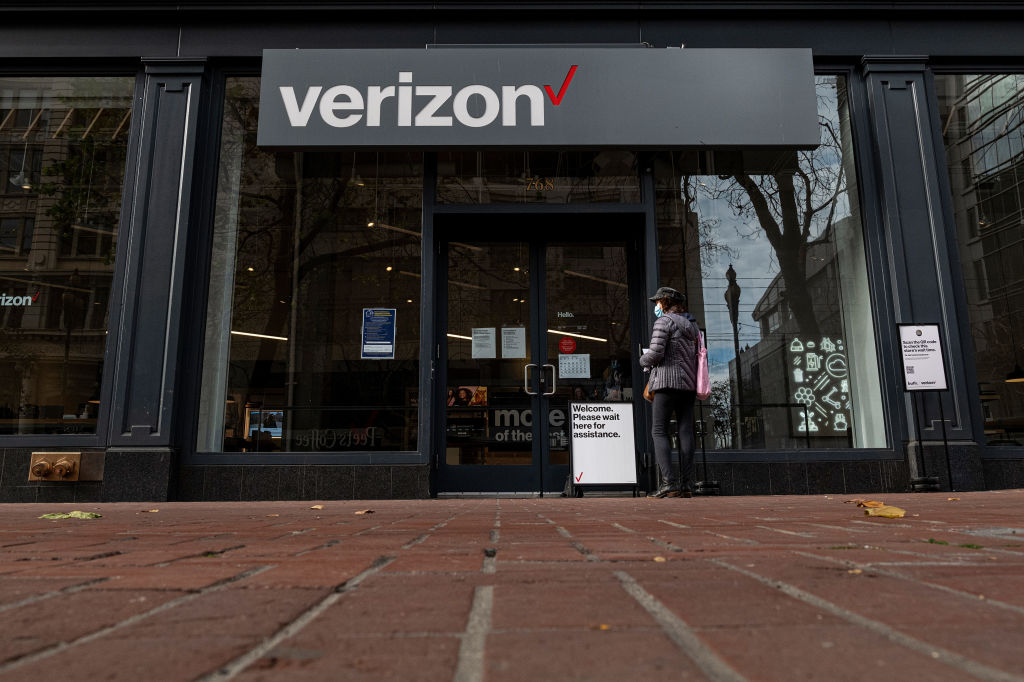 On April 24, 2017, Karen McGagh entered a Verizon store in Towson, Maryland to repair her broken cell phone. Verizon store employee Glenn Trebay assisted McGagh by taking her to his desk to look over her account, where he discovered she had an outstanding balance preventing him from replacing her phone.

For two hours Trebay worked with McGagh to resolve the issue by reaching out to different departments and trying to get things handled. Eventually, McGagh purchased a new phone and left the store.

McGagh left the store and called Verizon to complain about her interactions with Trebay before calling the police and tell them that she found Trebay’s “behavior disturbing,” according to court documents. Verizon responded to her complaint by telling Trebay not to come into work the next. He was eventually fired.

McGagh also claimed that Trebay “attempted to sell her non-Verizon items, including a Fitbit, a watch, and a cashmere sweater, and that he allegedly stored these unsanctioned items in his car.” She also testified that he smelled like he had been drinking and at one point held her SIM card and said jokingly, “I’ve got your life in my hands now.”

McGagh further alleged that during the encounter, Trebay cupped her breast and touched her inner thigh. She claimed she tried to get the attention of another store employee, who she alleged told her that Trebay was usually worse around young women.

Trebay, on the other hand, said that McGagh was initially distraught and became more agitated by the fact that he couldn’t repair her phone or quickly replace it. Trebay testified that there “was a distance between us… the entire time.”

Surveillance video from the store showed the truth. While Trebay did spend a lot of the two-hour encounter sitting next to McGagh so that she could view his work tablet, and that at various points he touched her shoulder, elbow, and the back of her arm, along with a final handshake when she left, the video otherwise corroborated Trebay’s story and not McGagh’s.

McGagh would go on to file a sworn Application for Statement of Charges against Trebay for allegedly sexually assaulting her, court documents show. In this statement, she also claimed Trebay called her at home and that she was worried he would assault her again. She signed the document, which stated that “under the penalties of perjury that the contents of this Application are true to the best of my knowledge, information and belief.”

Trebay was arrested based on McGagh’s claims. During the bench trial, prosecutors provided surveillance video from the Verizon store that showed Trebay did not touch McGagh like she claimed. When asked about the discrepancy, McGagh claimed she used the wrong words to describe the touch.

The judge asked McGagh to show where on the surveillance any sort of touching – brushing or otherwise – to her breast occurred and where Trebay touched her thigh.

The judge also asked about discrepancies in what McGagh told Verizon about Trebay’s behavior and what she told police.

[T]his would include her history of deceitfulness, consistent irresponsibility to honor financial obligations and lack of remorse. . . . During this investigation, she continued to make statements minimizing her own actions and instead, blaming the victim, the Judge and her own attorney. . . . [T]he pre-sentence investigation, again, . . . indicates that it’s been suspected that Ms. McGagh continues to drive on a suspended license. I was shocked by the number of just traffic violations, just a, just a consistent unrelenting inability or disregard [] for the law. As though it just does not apply to her . . . Ms. McGagh has been involved in criminal and traffic proceedings in which she has benefited from lenient dispositions. Regardless of these privileges, she has continued to avoid hearings by numerous failing to appears and not fulfilling her financial obligations in paying fines and costs, as well as financial liens against her.

McGagh was sentenced to 10 years in prison for the perjury charge (with eight of those years suspended) and five years’ supervised probation. For the false police statement charge, she received six months in prison. Maryland’s high court upheld that conviction on Friday.

.....Continue  at The Daily Wire, She Falsely Claimed A Verizon Store Employee Groped Her. A Court Just Upheld Her Lengthy Sentence.

0 4118
Psaki: ‘We’re A Little Tired Of’ Republicans Criticizing Us For Biden’s Border Crisis