Bream is one of several hosts who “tried out” for the role in the months since longtime former host Chris Wallace quit last December, leaving the network for a gig on CNN’s short-lived streaming service, CNN+.

Bream will be the first female to be named as a permanent host on the Sunday morning show, which has been a flagship for the network for nearly three decades. Wallace hosted the show for 18 years.

“It has been an honor to cover major news throughout Washington over the last 15 years at Fox News. I am extremely grateful for the opportunity to host a Sunday show and look forward to this new role,” Bream said in a statement.

Her colleagues quickly showed their support, saying that they expected her to do great things in her new role.

“Congratulations to @ShannonBream on being named the new anchor of Fox News Sunday! She is a superb journalist and broadcaster and a wonderful human being,” Fox News Senior Political Analyst Brit Hume commented.

The former host, Chris Wallace, announced last December that he was leaving the show — and the network — after nearly two decades.

“Eighteen years ago, the bosses here at FOX promised me they would never interfere with a guest I booked or a question I asked — and they kept that promise,” Wallace said. “I have been free to report to the best of my ability, to cover the stories I think are important, to hold our country’s leaders to account. It’s been a great ride. We’ve covered five presidential elections, interviewed every president since George H.W. Bush, traveled the world sitting down with France’s Emmanuel Macron and Russia’s Vladimir Putin.”

“And I’ve gotten to spend Sunday mornings with you,” Wallace concluded. “It may sound corny, but I feel we’ve built a community here. There’s a lot you can do on Sunday mornings. The fact that you’ve chosen to spend this hour with us is something I cherish. But after 18 years, I have decided to leave FOX. I want to try something new, to go beyond politics, to all of the things I’m interested in.” 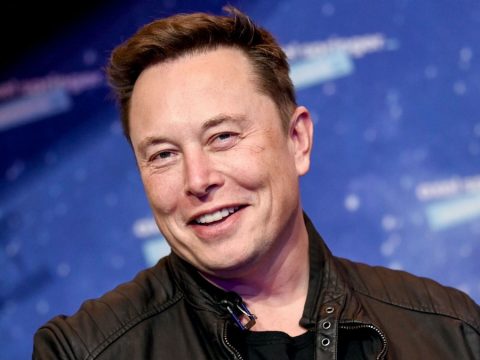