Congressional firebrand Marjorie Taylor Greene has reported that she was swatted by police at her Rome, Georgia home at 1am on Tuesday night/Wednesday morning.

According to a Rome Police Department report, Rome police officers responded to a 911 call on Wednesday at 01:03 a.m. which led them to initially believe a man who had been shot multiple times in the bathtub at Greene’s home. The caller also stated there was a woman inside the home and possibly children with her. When officers responded Greene assured the officers there was no issue at the home.

“After we cleared the call and went back in service, Rome-Floyd 911 received a call from the suspect, claiming responsibility for the incident and explaining his/her motives,” the report stated. “It was a computer generated voice. They explained they were upset about Ms. Greene’s stance on ‘trans-gender youth’s rights,’ and stated they were trying to ‘swat’ her.”

The report also stated caller said they are connected to a website, which police stated supports cyberstalking, and gave the police their user name on the site.

“Right now, Congresswoman Greene’s safety is our number one concern,” Greene’s spokesperson Nick Dyer said Wednesday. “Late last night, she was a victim of a political attack on her family and home. Whoever committed this violent crime will face the full extent of the law.”

“Swatting” is commonly defined as “the action of making a false report of a serious emergency so that a SWAT team (=a group of officers trained to deal with dangerous situations) will go to a person’s home, by someone who wants to frighten, upset, or cause problems for that person”. The act usually involves heavily armed police.

Last night, I was swatted just after 1 am.

In 2015, Princeton New Jersey Police Chief Nick Sutter said of swatting: “To me, this fits the definition of terrorism. This isn’t a bomb threat that a child calls in.” He called it a national epidemic.

The act of “swatting” has been applied to a number of anti-establishment figures in recent months, with former Trump advisor Stephen K. Bannon being swatted at his Capitol Hill townhouse, and YouTuber Tim Pool experiencing the same several times over in the past year, sometimes while live on air.

“Last night, I was swatted just after 1 am. I can’t express enough gratitude to my local law enforcement here in Rome, Floyd County. More details to come,” Taylor Greene wrote on Twitter on Wednesday morning.

Kevin Kolbye, a former FBI swatting expert, told The Economist that annual swatting incidents have climbed from roughly 400 in 2011 to more than 1,000 in 2019.

Greene – a combative, right wing lawmaker – has been the target of Democrat and establishment Republican attacks since she entered Congress in 2020.

This is a developing story. We will add further details as they emerge. 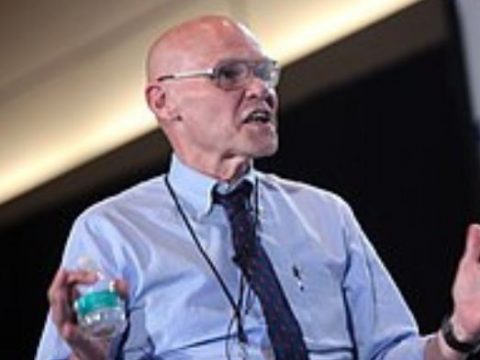