Rep. Chip Roy (R-Texas) in an interview Saturday with American Thought Leaders called President Joe Biden’s immigration policies an “abject failure” that are empowering the cartels and fueling a rush on the U.S. border.

Roy made the remarks at the Conservative Political Action Committee (CPAC) in Orlando, Florida, where he alleged that Biden was not “faithfully executing laws” relating to border security and is allowing the “radical left” to dictate America’s immigration policy.

Biden has taken a number of actions meant to reform U.S. immigration policy, including sending to Congress legislation that creates a pathway to citizenship for nearly 11 million illegal immigrants living in the United States, halting border wall construction, and rescinding Trump-era restrictions on asylum seekers.

“President Biden’s strategy is centered on the basic premise that our country is safer, stronger, and more prosperous with a fair, safe and orderly immigration system that welcomes immigrants, keeps families together, and allows people—both newly arrived immigrants and people who have lived here for generations—to more fully contribute to our country,” the White House said in a statement.

President Joe Biden signs an executive order on securing critical supply chains, in the State Dining Room of the White House in Washington on Feb. 24, 2021. (Saul Loeb/AFP via Getty Images)

But a recent Republican staff report made a case for how Biden’s immigration policies would endanger Americans by reducing border security and interior enforcement, and elevating the risk posed by criminal aliens. The report (pdf) warned of impending policies that will “incentivize illegal immigration and promote an unending flood of foreign nationals into the United States.”

One of the actions the report cautioned about is the expansion of administrative amnesty policies, which former President Donald Trump sought to curb by enacting at least five rules since the beginning of 2019 that officials said were designed to address asylum claims that don’t have merit and to confront a sharp increase in border arrests. The Migrant Protection Protocols (MPP), dubbed the “Remain in Mexico” program, was one such Trump-era policy under which asylum-seekers were made to wait in Mexico for their U.S. court hearings.

The Biden administration on Feb. 12 announced a plan for tens of thousands of people who are seeking asylum and have been waiting in Mexico under the MPP program to be allowed into the United States while their cases make their way through immigration courts. The first wave of an estimated 25,000 asylum-seekers with active cases in the “Remain in Mexico” program began to be allowed into the United States on Feb. 19.

Homeland Security said in a statement that the announcement “should not be interpreted as an opening for people to migrate irregularly to the United States,” but Roy argued that this is precisely how the move is being interpreted by those seeking to enter the United States illegally and by human traffickers who prey on such individuals.

“It’s causing an empowerment of cartels,” Roy said. “And it is causing an attraction of human beings to come here where they think they’re going to get here and get amnesty, and a rush to our border.”

Federal agents have apprehended more than 70,000 illegal immigrants at the U.S.-Mexico border in each of the last four months, the most for that period in at least a decade, according to the Los Angeles Times.

Roy called Biden’s immigration policy a “wide open borders” approach that endangers the lives of American citizens as well as the lives of immigrants who are seeking to come to the United States.

Roy argued that a secure border “doesn’t mean anti-immigrant” but rather is part of a “safe means for immigrants to come to the United States, under our laws, respecting the rule of law.”

Roy said Biden was known as “kind of a law enforcement guy,” and pointed to his support for the Secure Fence Act of 2006, which was aimed at reducing illegal immigration along the southern border.

“He came at a perspective of—while still being to the left to where I would be—at least some sort of rational consideration in the past about what we need to do at our border,” Roy said.

The law authorized about 700 miles of fencing between the U.S.-Mexico border, as well as the use of more vehicle barriers, checkpoints, and the use of advanced technology like unmanned aerial vehicles to curb illegal immigration.

But now, Roy said, Biden is “completely allowing the radical left to just decide what this policy is going to be.”

Jan Jekielek contributed to this report. 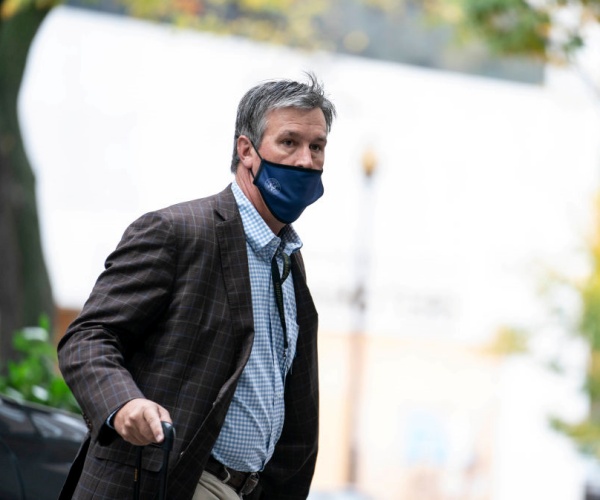