Her Majesty Queen Elizabeth is canceling Christmas. At least, her celebration won’t be the same as it usually is.

The queen looks forward to a very specific set of customs each year at her Sandringham Estate in Norfolk. This includes attending services at St. Mary Magdalene Church, which dates back to the 16th century. The royal family always gathers for a turkey dinner in the festive, decorated home, and they play pick-up games of football and charades. Former royal chef Darren McGrady told Good Housekeeping that the queen allows her great-grandchildren to help her decorate the tree, which she leaves up until February. The whole family gets dressed up to attend a black tie dinner together on Christmas Eve.

One of the most surprising traditions in the royal family is their unusual gift exchange. Each year, the royals exchange gag gifts with one another in honor of the holiday. Royal biographer Brian Hoey reported that Prince Harry gifted his grandmother with a shower cap that read, “Ain’t Life a B****?” in 2013, according to Express.

However, there won’t be any gag gifts or Christmas turkey this year, at least not in the traditional way that’s endured for centuries. BBC just reported that Queen Elizabeth decided to cancel her trip to Sandringham again in 2021 as Omicron cases surge in the U.K. The royal family also skipped their traditional Christmas meet-up in 2020 for pandemic-related reasons.

Instead, Her Majesty will host an unspecified number of close family members in Windsor. Buckingham Palace aides described the cancellation as a personal decision that “reflects a precautionary approach.” A spokesperson for Buckingham Palace assured that “all appropriate guidelines” would be followed for the gathering.

The queen also canceled several appearances earlier this year due to health concerns. BBC reported that she opted out of several public events, including the COP26 climate summit in Glasgow and the Remembrance Sunday service all at the suggestion of her doctors.

Queen Elizabeth is the longest-reigning monarch in British history with an incredible 70 years on the throne. At 95, she’s understandably cautious when it comes to avoiding illness. Her husband Prince Philip died earlier this year in April at the age of 99 and just two months before he would have turned 100. His cause of death was listed as “old age.” This will be Her Majesty’s first Christmas holiday without her husband, which makes it especially unfortunate that she won’t be able to spend the holiday surrounded by her whole family. The queen and Prince Philip were married for 73 years before his passing.

It’s likely a disappointment to the queen to be skipping her beloved Christmas celebration. She doesn’t often share her feelings publicly, but it’s well-known how much she enjoys keeping with traditions year after year, never altering from what’s been done before.

This change is not surprising given recent events. Apparently, the queen canceled her pre-Christmas lunch with extended family which was scheduled for Tuesday at Windsor Castle. 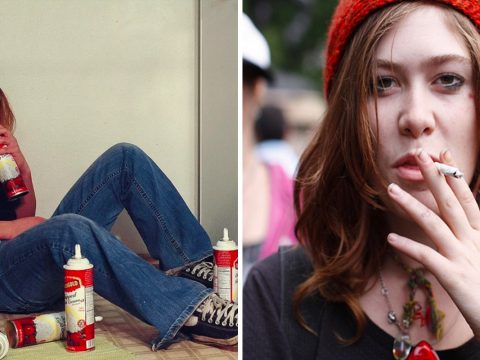