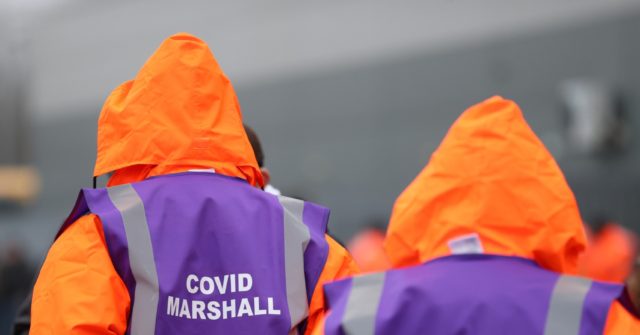 LONDON (AP) – Nations across Europe are moving to reimpose tougher measures to stem a new wave of COVID-19 infections spurred by the highly transmissible omicron variant, triggering calls for protests from Paris to Barcelona.

Irish prime minister Micheál Martin captured the sense of the continent in an address to the nation, saying the new restrictions were needed to protect lives and livelihoods from the resurgent virus.

“None of this is easy,” Martin said Friday night. “We are all exhausted with COVID and the restrictions it requires. The twists and turns, the disappointments and the frustrations take a heavy toll on everyone. But it is the reality that we are dealing with.”

Other nations may go further still. Dutch government ministers are meeting Saturday to discuss advice from a panel of experts who are recommending a toughening of the partial lockdown that is already in place.

In the UK, where confirmed daily infection soared to records this week, the government has already reimposed a requirement for masks to be worn indoors and ordered people to show proof of vaccination or a recent negative coronavirus test when going to nightclubs and large events. Now scientists are warning that the government needs to go further to prevent hospitals from being overwhelmed.

Leaked minutes from the Scientific Advisory Group for Emergencies suggested a ban on indoor mixing and hospitality, the BBC reported.

Britain and other nations are also accelerating the pace of booster shots after early data showed that two doses of vaccine were less effective against the omicron variant. Shopping centres, cathedrals and soccer stadiums in Britain have been converted into mass vaccination centers.

In France, the government announced that it will start giving the vaccine to children in the 5 to 11 age group beginning Wednesday. Prime Minister Jean Castex said Friday that with the omicron variant spreading like “lightning” the government proposed requiring proof of vaccination for those entering restaurants, cafes and other public establishments. The measure is pending approval by Parliament.

Demonstrations are planned Saturday in Paris to voice opposition to the new vaccine pass and ongoing government restrictions. Protests are also scheduled to take place in Turin, Italy.

0 6
FACT CHECK: Does This Video Show A Lunar And Solar Eclipse Between Russia And Canada?

0 8
Where Did The Millions Of Dollars Donated To Black Lives Matter Go?