In an early-morning tweet, on one of the most consequential dates in American history, President Trump sent a critical message to Vice President Mike Pence, a man many consider to be his closest and most loyal ally.

If Vice President Mike Pence comes through for us, we will win the Presidency.

Many States want to decertify the mistake they made in certifying incorrect & even fraudulent numbers in a process NOT approved by their State Legislatures (which it must be).

Mike can send it back!

If Vice President @Mike_Pence comes through for us, we will win the Presidency. Many States want to decertify the mistake they made in certifying incorrect & even fraudulent numbers in a process NOT approved by their State Legislatures (which it must be). Mike can send it back!

A growing number of state lawmakers have made it clear to Vice President Pence that he will have plenty of support at the state level should he decide to delay the certification of their electoral votes.

According to John Soloman’s Just The News – More than 100 state legislators from contested battleground states have asked Vice President Mike Pence to delay by 10 days the congressional certification of the elections in their states so they can have more time to investigate irregularities and illegalities.

While Pence has said he supports lawmakers who are concerned about the conduct of the November election, he has not indicated whether he’d be willing to go as far as delaying counting votes from states like Wisconsin, Michigan, Georgia, Arizona, and Pennsylvania or whether such a maneuver would be deemed constitutional by the Supreme Court.

“We write to ask you to comply with our reasonable request to afford our nation more time to properly review the 2020 election by postponing the January 6th opening and counting of the electoral votes for at least 10 days, affording our respective bodies to meet, investigate, and as a body vote on certification or decertification of the election,” one letter to Pence signed by 88 state Republican legislators read. “This action can be completed prior to the inauguration date, as required by the Constitution.”

“We intend on fulfilling our oaths of office by properly investigating and determining whether the election should be certified, or decertified, by our respective state legislatures,” the letter added. “Additional time must be afforded for the legislatures to meet and for state legislators to fulfill their constitutional duties.”

Group organizers said more than two dozen other state legislators had confirmed they had sent other individual or group letters asking Pence to intervene Wednesday, bringing the total to 117.

Pray for Vice President Pence to make the correct decision and save our nation from corrupt banana-republic elections that will undoubtedly be our future if this election is allowed to stand.

The post President Trump’s Early Morning Tweet: “If Vice President Mike Pence comes through for us, we will win the Presidency” appeared first on The Gateway Pundit. 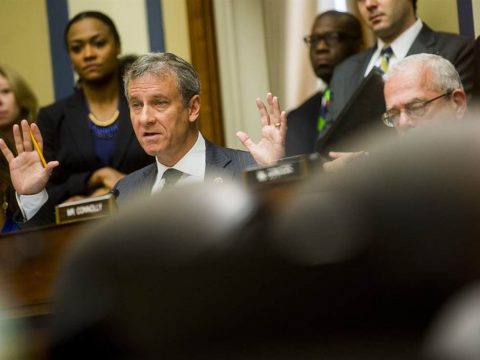