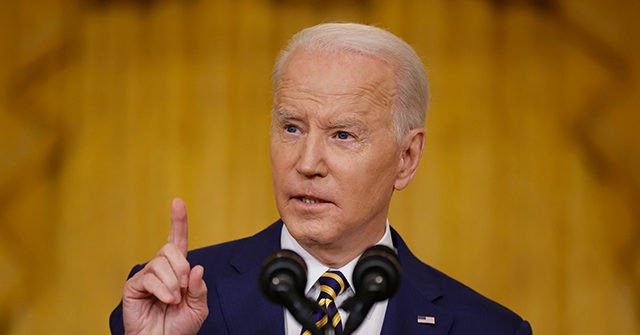 By almost any reckoning this past year, President Joe Biden and the Democrats have been a failure. Here are some data points that tell the tale about Biden and his party.

5 — Donald Trump’s percentage-point advantage over Biden in a hypothetical 2024 re-match (Trump 49, Biden 44), according to a poll released by McLaughlin & Associates on January 19. Also, according to the same poll, five is the gap in the generic ballot for Congress this November (Republicans 48, Democrats 43).

7 — Net percentage of Americans who want Anthony Fauci to resign his leadership position on Covid-19 policy (remain 46, resign 53), according to Trafalgar Group on January 20.

9 — Deficit in approval/disapproval of Biden’s handing of the coronavirus pandemic (approve 45, disapprove 54), according to AP-NORC, January 20.

12 — Number of major U.S. cities that hit all-time highs for homicides in 2021, according to ABC News. Cities include Austin, TX, Columbus, OH, and Portland, OR.

14 — Difference between the percentage of Republicans who express high enthusiasm (nine or ten on a ten-point scale) for voting in the 2022 midterm elections and the percentage of Democrats who are similarly enthused (GOP 61 percent, Dems 47 percent), according to NBC News on January 23.

18 — Job approval of Congress. Comment from Gallup Poll official Megan Brennan, “The latest five-percentage-point decline in congressional approval is largely attributed to a 10-point decline among Democrats whose frustration appears to be mounting with their party’s senators and representatives who hold majorities in both houses of Congress.” Gallup, January 21.

19 — Percentage of likely voters who strongly approve of Biden’s job performance, according to Rasmussen Reports on January 24.

32 — Percentage of Americans who cite immigration as the most important issue, up from 18 percent a year ago, according to AP-NORC on January 10.

32 — Percentage of Michiganders who have a positive view of Biden as president, according to ABC12 News (Flint, MI) on January 24.  In the same poll, just 41 percent support Gov. Gretchen Whitmer (D) for a second term, while 49 percent want someone else.

33 — Percentage of Americans who approve of Biden’s job performance, according to Quinnipiac University on January 12.

42 — Biden’s approval rating, according to the running polling average of FiveThirtyEight.

49 — Percentage of likely voters who strongly disapprove of Biden’s job performance, according to Rasmussen Reports on January 24.

52 — Percentage of New Mexicans who wish to see someone other than Gov. Michelle Lujan Grisham (D) win this year; 39 percent wish to re-elect her, according to  Cygnal on January 21.

54 — Percentage of registered voters who disapprove of the job Kamala Harris is doing as vice president, according to Fox News on January 19.

56 — Percentage of Americans who say that Republicans would do a better job on immigration, the economy, crime, border security, and national security (same number for all five issues); according to Fox News on January 23.

60 — Percentage of Americans who would probably or definitely vote for someone other than Joe Biden in 2024, according to Fox News on January 23.

72 — Percentage of Americans who think the nation is headed in the wrong direction, according to NBC News on January 23.

79 — Biden’s age. From Politico’s West Wing Playbook on January 24, concerning the White House’s fear that Biden will contract Covid: “Some current and former White House officials foresee a potential political and policy disaster if the president were to contract the virus . . . Covid protocol critics and vaccine skeptics would have a field day with Biden catching Covid and use it to further undermine trust in the administration’s efforts to combat the pandemic. The 79-year-old president would likely take at least a few days to recover—in addition to placing himself in quarantine—which could exacerbate concerns about his age and health.” According to Politico, this fear of illness for Biden “could very well scuttle his ambitions to crisscross the country more this year.”

1836 — The last year that a sitting Democratic vice president was elected to the presidency. That was Martin Van Buren.  So if Kamala Harris were to attempt to succeed Biden in 2024, she would need to break a pattern that has been in place for 188 years. We might recall that in 2000, for example, Democratic Vice President Al Gore sought to succeed President Bill Clinton and lost.

1856 — The last year that a Democrat eligible to run for re-election chose to retire and was replaced by another Democrat elected to the White House. In that year, Franklin Pierce handed off to James Buchanan. So if a Democrat other than Harris were to be the party’s nominee in 2024, he or she would need to break a winless “streak” that has held for 168 years.

1968 — The last year that a Democratic president chose not to run again. That was Lyndon B. Johnson, who had become unpopular over the Vietnam War, rising crime, and campus unrest. The Democrats lost the White House that year.

2016 — The last year that an incumbent Democratic vice president was passed over for the presidential nomination. Five years ago, Vice President Biden was pushed aside for Hillary Clinton. And we know what happened that November.

91,000 — Approximate number of additional American deaths from Covid-19 during the Biden presidency, compared to the Trump presidency. (400,000 for Trump, 491,000 for Biden.) As Biden said to Trump doing their debate on October 23, 2020, when the death toll was around 235,000, “Anyone who is responsible for that many deaths should not remain as President of the United States of America.”

Yes, it’s a bleak picture for Biden and the Democrats in 2022, and it looks to be bleak, too, in the future. And yet the numbers don’t lie. 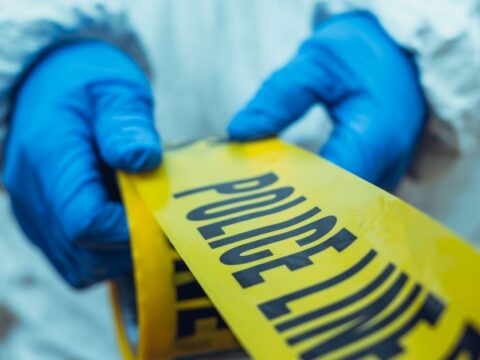