The mullahs in Tehran are now only weeks away from producing weapons grade uranium as Iran’s proxies menace our Middle Eastern allies.

A hearing with the Biden administration’s special envoy for Iran, Rob Malley, shed light this week on how we’ve arrived here. In testimony before the Senate Foreign Relations Committee on Wednesday, Malley’s exchanges with lawmakers made clear that while the Treasury Department has sanctioned individuals and entities for a variety of bad behavior, it has not enforced so-called secondary sanctions—which remain in force—against China, the largest purchaser of Iranian oil, allowing money to continue to flow into the mullahs’ coffers.

Iran can survive without access to the U.S. economy, but China would never take that risk: A U.S. crackdown would compel swift compliance by the Chinese. The Trump administration weighed this get-out-of-jail free card for China and decided against it. The Biden administration has taken a different tack: That’s why, in April, as Senate Foreign Relations Committee chairman Bob Menendez pointed out, Iran sold on average 650,000 barrels of oil to China per day. The result, he said, has been “a flood of cash for the regime—tens of millions of dollars a day.”

But Malley is passing the buck. He would like Congress to believe that Iran’s predations are the result of the Trump’s administration and its policy of “maximum pressure.”

“Rather than compelling Iran to make concessions, the prior administration’s maximum-pressure campaign resulted in Iran’s maximum non-nuclear violations,” Malley said this week, referring to the spike in Iranian-orchestrated attacks on oil tankers, Saudi infrastructure, and U.S. bases that began a year after Trump withdrew the United States from Obama’s nuclear deal.

What he left out is that those operations largely stopped after Trump ordered the killing of Iran’s top general, Qassem Soleimani, in 2020, and that Iran only began the process of producing the highly enriched uranium suitable for a weapon after Biden assumed office in 2021. The mullahs also withdrew from an agreement with the United Nations’ atomic watchdog to allow full access for the agency’s inspectors to its program, fired ballistic missiles dangerously close to the U.S. consulate in northern Iraq, and dropped a drone on a U.S. outpost in Syria.

Meanwhile, as Malley and company desperately try to revive the Obama administration’s failed nuclear deal, it’s no mystery why the Iranians refuse even to meet the American delegation. Why would they? Biden won’t enforce the sanctions meant to pressure them to comply with the 2015 agreement.

Call it minimum pressure. The only silver lining is that, as Malley told the Senate panel, he is “not particularly optimistic” that the Biden administration can salvage the deal.

That’s no surprise, given that the Biden administration stopped enforcing the most crippling sanctions before the negotiations even started, and should Israel fail to halt Iran’s march to a nuclear bomb, Malley’s fingerprints—and Joe Biden’s—will be on the fuse. 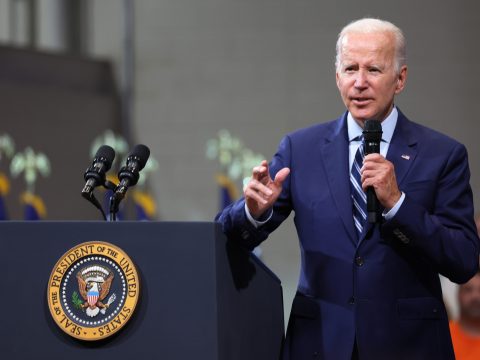 0 5
Uvalde Cops Were in School with Rifles, Ballistic Shields within Minutes, Waited Around for Nearly an Hour